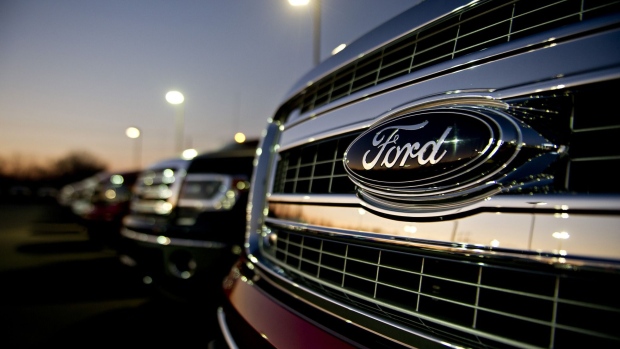 After a prolonged shutdown, Ford Motor Co. officially resumed production at its North American factories this week. It hasn’t been as smooth a process as the company might have hoped: Ford had to temporarily close two critical facilities this week to allow for a deep cleaning after workers tested positive for the coronavirus. An Explorer SUV plant in Chicago was closed a second time after an employee at a nearby supplier facility tested positive for the virus, causing a parts shortage.

This is the reality of manufacturing for the time being as companies fret about worker safety and the legal and reputational risks of not doing enough to protect employees. Unlike Ford, whose products fall into a category of consumer spending that’s become even more discretionary amid the pandemic, wide swaths of the industrial sector were deemed essential and allowed to remain operational. Those companies, too, have had their share of growing pains as they adjust to a new way of working.

Boeing Co. temporarily closed its factories in the Puget Sound area in March after a worker died of the coronavirus and later briefly shuttered work at its 787 plant in South Carolina. CBS Minnesota reported earlier this month that a Honeywell International Inc. facility in Minneapolis had closed after a worker tested positive. Whirlpool Corp. closed its Amana, Iowa, refrigerator plant at least twice after employees tested positive for the virus, according to the Gazette local paper. Deere & Co. and Altria Group Inc.’s Philip Morris USA are among the many others that have had to close plants on a limited basis to avoid outbreaks among workers. Lockheed Martin Corp., meanwhile, said this week it will temporarily slow production of the F-35 fighter jet because of delays at suppliers.

It’s a lot harder, though, to bring factories back to life than it is to just figure it out as you go along. Ford may be a manufacturer, but because it’s one of the few to have experienced an extended lockdown, it’s arguably a better benchmark for the non-industrial economy. You better believe that office-based companies that have sent most of their workers home are keeping a close eye on how the likes of Ford fare in flipping the switch back on. Seeing the automaker’s setbacks this week, companies that can operate without their employees clustered in the same place may be less keen to rush back. They’re getting a more continuous stream of work out of their employees now than they would if they had to hit the pause button and clear out the office every few weeks. And the mixed messages from the White House aren't helpful: President Donald Trump is due to visit a Ford factory in Michigan that’s been converted to ventilator production and has been wishy-washy on whether he will adhere to the company’s face-mask requirements.

Already, American Express Co. CEO Steve Squeri and Visa Inc. CEO Al Kelly said this week that most of their employees would work from home for the rest of the year. Some 28 per cent of employers recently surveyed by Challenger, Gray & Christmas said they would make work-from-home arrangements permanent for at least some employees. Cryptocurrency exchange Coinbase and social media site Twitter Inc. are among those who have publicly said remote working will be their indefinite default option.

At the end of the day, manufacturing or non-manufacturing, it's all interconnected. How permanent this shift to work from home will be is debatable, but if companies end up needing less office space, by default that means fewer HVAC systems, commercial lighting, fire and security products or even 3M Co.’s Post-it notes. And if workers aren’t going to be commuting, do they still need to buy cars from Ford? There's a lot riding on getting reopening right.