Carbon tax in focus at premiers meeting in New Brunswick

Ford and Saskatchewan Premier Scott Moe both voiced their opposition to the contentious federal plan, prior to the start of two days of formal talks between Canada's premiers at the Council of the Federation meeting in St. Andrews, N.B.

"I'm here to gather support among my provincial counterparts against the federal carbon tax," Ford said Thursday in a prepared statement to reporters outside the historic Algonquin Resort.

"Ontario will support Saskatchewan in intervening in the reference case they have launched with the (Saskatchewan) Court of Appeal. This is an important step in the fight against the federal carbon tax."

Ford, who made the announcement after a bilateral meeting with Moe late Wednesday, said both provinces are on "the exact same page" and Ontario will use every tool at its disposal to challenge a tax he says is bad for families and businesses.

Keith Stewart, a strategist with Greenpeace Canada, issued a statement soon after condemning the positions.

"Extreme weather fuelled by global warming is already hurting families and businesses right across the country and will get a lot worse if our elected officials ignore the threat," he said in an email. "Attacking carbon pricing without an alternative plan to address climate change is nothing less than an unprovoked attack on our kids' future."

Ford's newly elected government is scrapping the province's cap-and-trade program. A federally imposed carbon price would start at $20 per tonne and increase to a level of $50 a tonne by 2022.

Moe said a one-size-fits-all carbon tax fails to recognize the diverse nature of the Canadian economy. 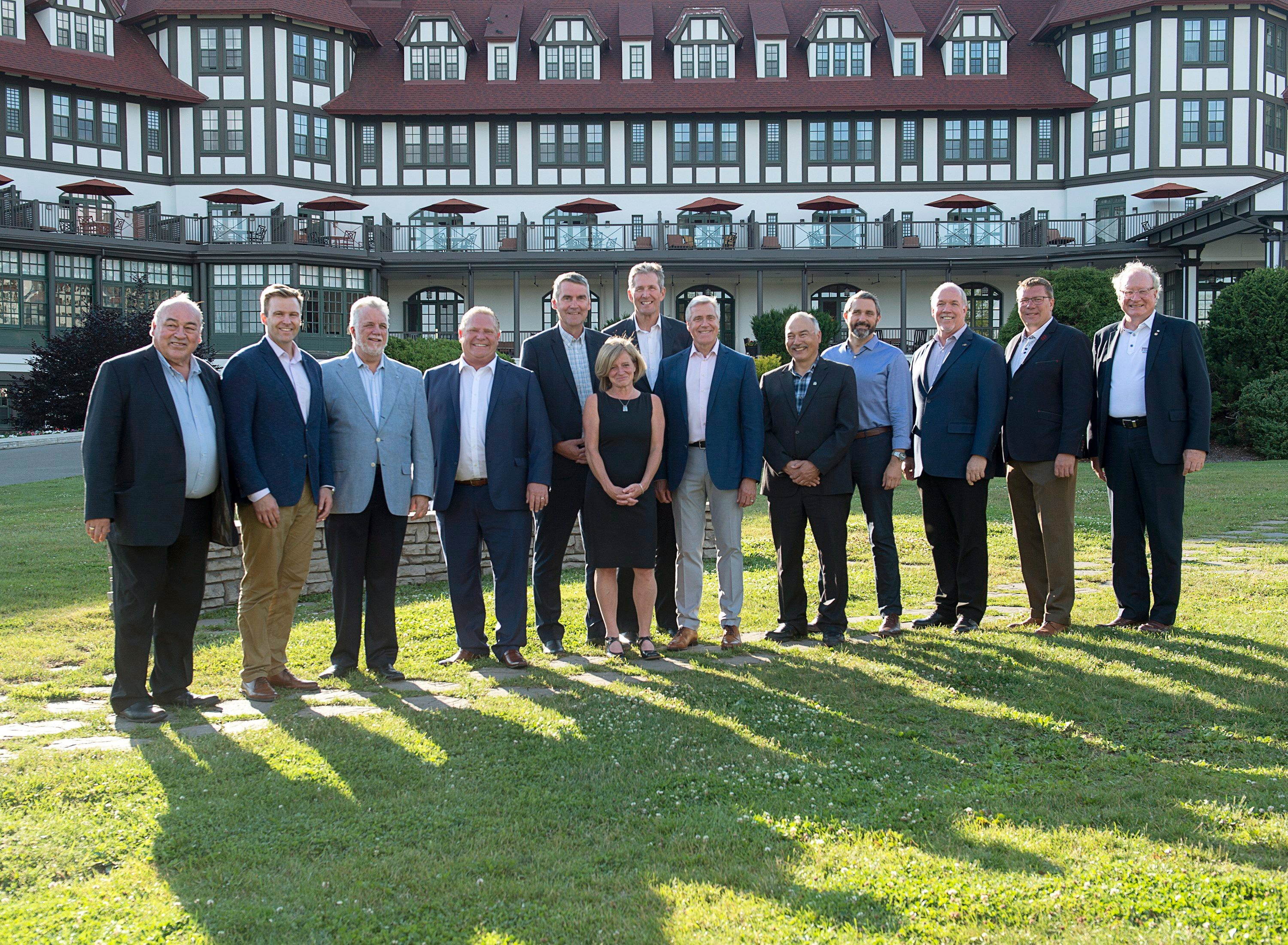 Which issue should be the top priority at the premiers’ meeting?

"It's disappointing Ontario is spending $30 million of taxpayer money on fighting climate leadership," McKenna said Thursday. "Our government has a plan to protect the environment and grow the economy and it's working."

New Brunswick Premier Brian Gallant was asked whether Ford and Moe's declaration would prove a distraction to talks about freer international and internal trade.

"It's never going to be a distraction to discuss this very important and also very complex subject," said Gallant.

He reiterated his province would remain committed to its carbon plan, while at the same time monitoring what other provinces ultimately do.

Nova Scotia's Stephen McNeil was asked about the lack of consensus among many of the provinces about how to deal with carbon pricing.

"We are looking forward to implementing our own internal cap and trade system, which will continue to reduce greenhouse gases while at the same time protecting the pocketbooks of Nova Scotians," he said.

Nova Scotia opted for cap and trade in November 2016 as part of the federal government's push to get the provinces to set a price on carbon. An agreement recognized the province had already met Canada's target of a 30 per cent reduction in emissions from 2005 by 2030.

The provincial leaders were expected to discuss a range of other topics, including the U.S. trade dispute, health care, the pullout of Greyhound from bus routes in Western Canada, and the skirmish between Alberta and British Columbia over the Trans Mountain pipeline project.

Canada's ambassador to Washington, David MacNaughton, said a meeting with the premiers Thursday explored new ways that Canada could reach out to Americans given the uncertainty over trade issues.

He noted that the premiers have been helpful in reaching out to U.S. politicians and businesses.

Meanwhile, Gallant issued a written response to all premiers prior to the meeting in support of a letter last week by Manitoba's Brian Pallister, which called for provinces to remove limits on the interprovincial transportation of alcohol for personal use.

Gallant said barriers need to be reduced on transporting wine, beer and spirits to "give greater choice to consumers and broader markets for producers."

"Canadians will expect movement on this issue and I can say unequivocally that New Brunswick is prepared to take significant action to move us in that direction," Gallant wrote.

The stance is an apparent about face for New Brunswick, which won a court battle in April against Gerald Comeau. He had fought to transport alcohol into New Brunswick from Quebec. The Supreme Court upheld the province's law that fined Comeau $240 for bringing a trunk load of beer and liquor across the border.

"That was indeed more of a jurisdictional question and that's why the independent prosecution branch of New Brunswick decided to bring it to the Supreme Court," he said.