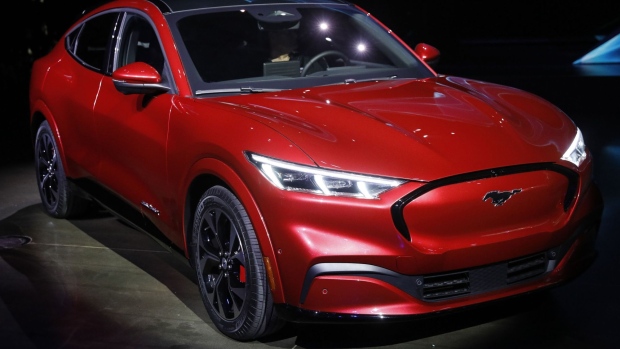 The euro’s rally is delivering a much-needed boost to Ford Motor Co., which has been expanding exports of U.S.-built muscle cars and sport-utility vehicles.

After years of shipping Michigan-made Mustangs to Europe, Ford has been rounding out its portfolio of imported products, including with the recently launched plug-in hybrid Explorer SUV. In 2021, it will launch the all-electric Mustang Mach-E.

“It’s one of our pillars, and we do intend to build on it,” Stuart Rowley, president of Ford Europe, said of the automaker’s import business during a JPMorgan auto conference. “It’s going to be a niche business for us -- it’s relatively low volume -- but I think it can be a very brand-enhancing and, importantly, profitable business.”

The euro has reached historic highs against the dollar recently, crossing 1.19 euros per dollar earlier this month, the highest since May 2018. The European Union’s landmark rescue fund has soothed concerns over the bloc’s structural risks and helped buoy the currency.

Ford Europe’s import business has been a bright spot in otherwise challenging times. The automaker announced plans last year to restructure operations in the region by eliminating more than 10,000 jobs and closing or selling six plants.