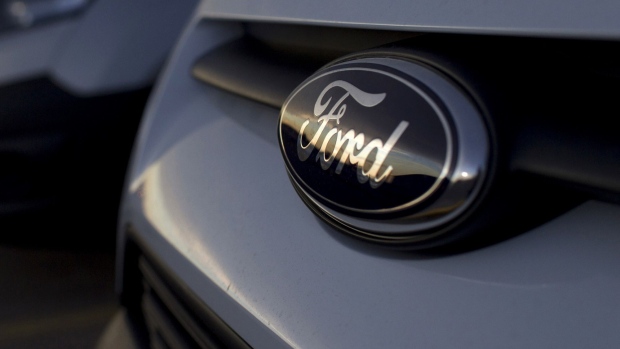 The vehicle maker sold $1.75 billion of debt expected to mature in 10 years, according to a person familiar with the matter. The security will yield 6.1% after early pricing discussions of around 6.375%, the person said. That compares to an average yield of 5.97% for debt in the BB tier.

Fitch Ratings assigned the bond a preliminary BB+ rating with a positive outlook. Although the ratings firm expects supply chain and inflationary pressures to continue for the rest of the year, the company’s profitability is still on the path to improvement, as it “benefits from ongoing redesign activities, as well as execution on its Ford+ plan,” according to the note.

The Dearborn, Michigan-based company will use the proceeds to help finance new existing green projects, the person said. Ford expects to allocate the net proceeds from this offering exclusively to clean transportation projects and specifically to the design, development and manufacture of its battery electric vehicle portfolio. The company expects to fully allocate the net proceeds of this offering by the end of 2023, said the person.

This is the first junk-rated green sale since June 1 and Ford’s first green issuance since its $2.5 billion debut green bond last year, according to data compiled by Bloomberg. The deal was led by Barclays Plc.

Ford’s new debt sale is part of the company’s overall green strategy, which includes spending $50 billion to build two million electric vehicles a year by 2026. The company said it is the first US automaker to commit to a sustainable financing strategy for both its auto and lending unit, Ford Credit.

Ford may tap the bond market before its next round of debt maturities in June, which could be a near-term consideration for bond spreads, according to Bloomberg Intelligence credit analyst Joel Levington. There has been somewhat of a revival in junk-bond markets this week as a market-rally pushes yields lower, drawing issuers off the sidelines to sell debt.

In November 2021, Ford repurchased $5 billion in junk-rated debt to bolster its balance sheet after shutting down factories at the onset of the pandemic in April 2020.

“Ford’s credit ratings are on an upward trajectory with a potential to cross back into investment grade in 2023,” Levington said. “Credit rating agencies are looking for more consistent free cash flows and manufacturing operations, as well as considering where economic conditions will be next year.” At the end of the second quarter, Ford reported $2.9 billion in operating cash flow and $40.2 billion in revenue.