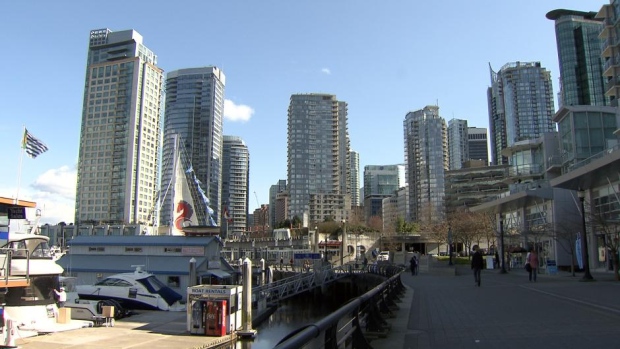 VICTORIA -- There will be no reprieve from a new tax on foreign buyers who have signed contracts to purchase homes in Metro Vancouver, where they snapped up almost 10 per cent of recent property sales, B.C. Finance Minister Mike de Jong says.

The tax takes effect next Tuesday and long-term contracts, such as pre-sale agreements for condos under construction, and pending property purchases involving foreign buyers will pay the new 15-per-cent tax.

"If the transaction is registered Aug. 2 or afterwards, the tax applies," de Jong said Tuesday.

Dan Morrison, president of the Greater Vancouver Real Estate Board, has called on the government to exempt real estate deals that are in the process of closing to minimize short-term volatility in the market.

The province also released updated figures Tuesday from a snapshot of five weeks between June 10 and July 14 indicating that 935 of the 9,636 homes sold in Metro Vancouver went to foreign nationals.

Foreigners also paid more on average for homes, spending $946,945 compared with an average purchase price by Canadian citizens or permanent residents of $911,425, the figures show.

Last month, the real estate board said its benchmark price for detached properties in Vancouver had risen above $1.5 million.

With the debate over foreign homebuyers reaching a fever pitch in B.C., Canada’s housing watchdog will get its chance to weigh in today. The Canada Mortgage and Housing Corporation will release its assessment of the country’s housing hot spots on Wednesday afternoon.

Previously, the CMHC said there were only “moderate” signs of problematic conditions in Vancouver’s housing market.

The government recalled the legislature for a special summer sitting to introduce and adopt the housing amendments.

The Opposition New Democrats said Tuesday they intend to vote in favour of the tax changes, but will propose amendments during debate.

"It's better than nothing, which is where we were two days ago," said NDP housing critic David Eby.

The tax is only for foreign buyers who purchase in Metro Vancouver. De Jong said the government will track real estate purchases after the tax comes into effect to determine if foreign buyers have taken their business to southern Vancouver Island and the Okanagan.

The legislation includes provisions to expand the property transfer tax beyond the Vancouver area if necessary, he said.

"One of the things we are going to be watching post Aug. 2 is the degree to which a significant shift in taxation policy, which just applies to Metro Vancouver, alters behaviour of the market and begins to shift activity outside of Metro Vancouver," said de Jong.

"In the reports I get, the analysis is they tend to have levelled out the market, or reduced relatively significantly the rate at which values have gone up opposed to dramatically reduced the value of real estate," he said.

The new tax means a foreign buyer would pay an additional $300,000 in tax on a $2-million purchase. All purchasers already have to pay a one-per-cent tax on the first $200,000 of their purchase, two per cent on the remaining value up to $2 million, and three per cent on the portion above that.