Yet, even though the large inflow was driven by one major transaction, there’s evidence foreign investment into Canada has been picking for more than a year, since a dismissal performance in 2017 amid an exodus of capital from the nation’s oil patch. 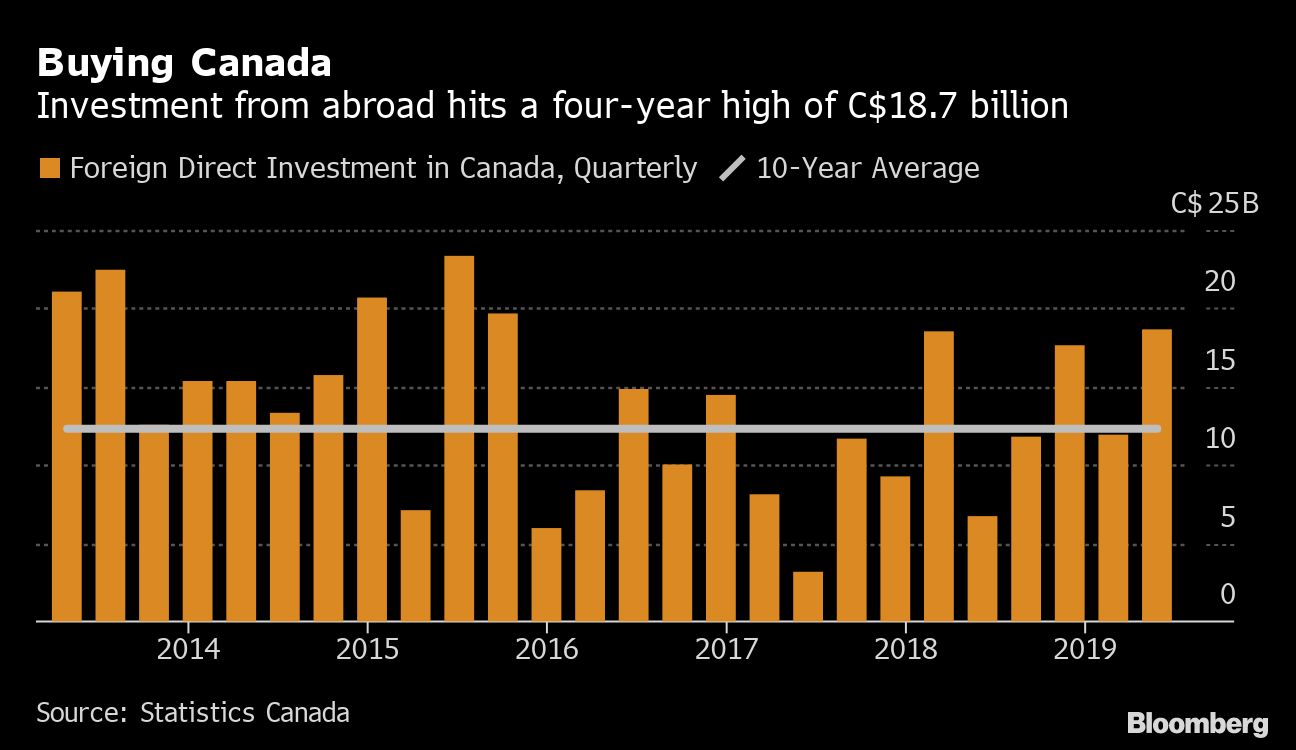 The second quarter actually saw Canada’s economy require less international funding than has been the case recently, due to an improving trade picture.

Canada’s current account deficit narrowed to $6.4 billion, the lowest since 2008, the agency said. That was largely the result of stronger goods exports, driven by a rebound in energy shipments.