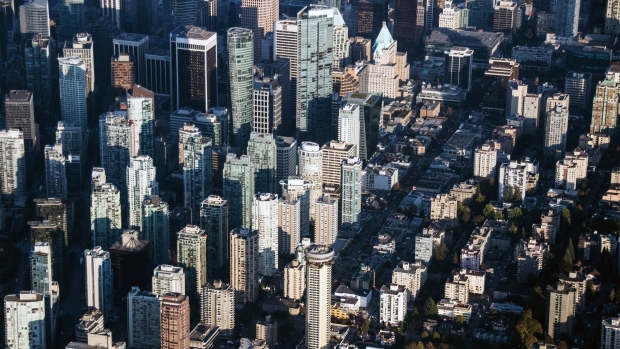 Foreign investment in Canadian commercial real estate dropped 70 per cent in the first half of the year amid a scarcity of large portfolios for sale, data from Altus Group Ltd. show.

Transactions totalled $1.5 billion, down from $5 billion in the first six months of 2018, when Blackstone Group Inc. (BX:UN) and Ivanhoe Cambridge Inc. bought a Canadian industrial landlord for about $3.8 billion, Altus said. 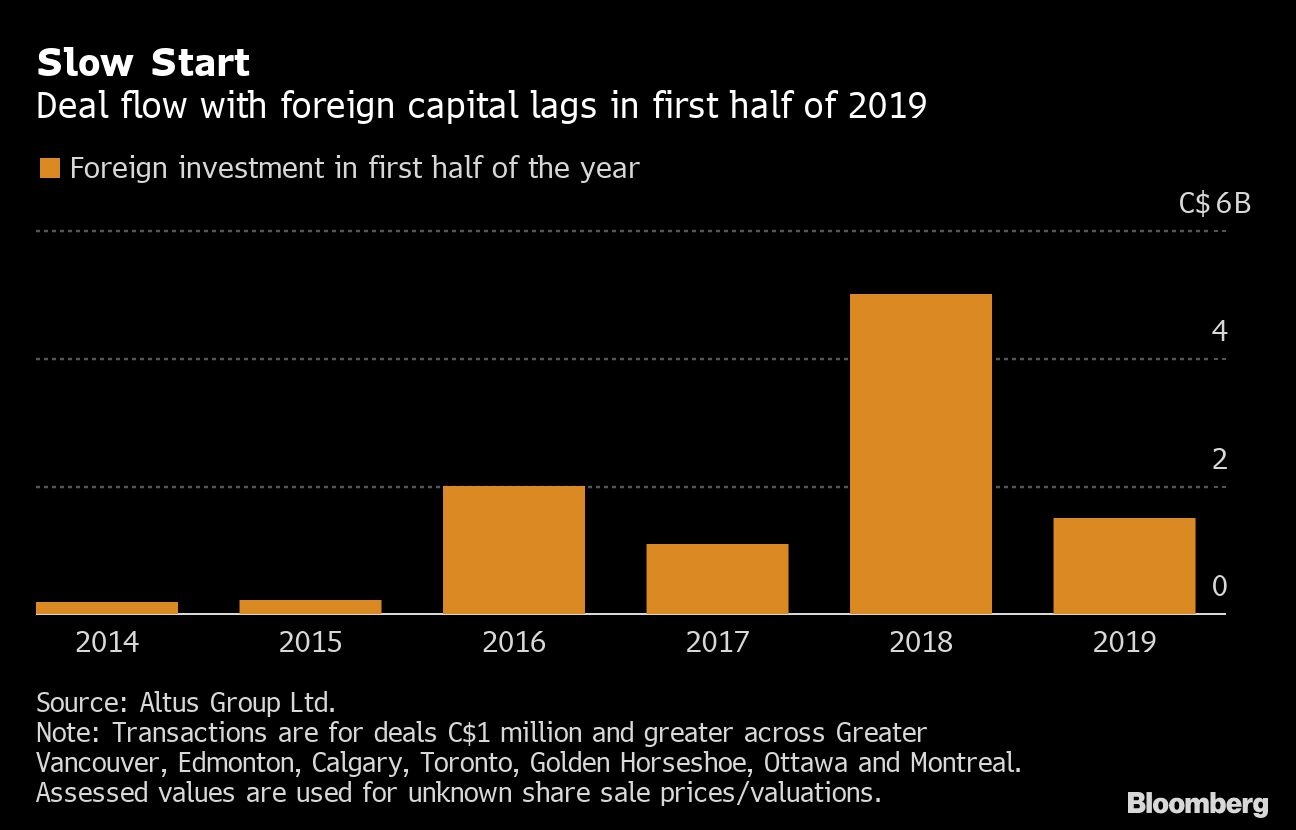 The core assets that institutional investors favour, such as top-tier office buildings or rental apartments in urban areas, are in short supply on the Canadian market, according to Raymond Wong, vice-president of data operations at Altus. As a result, sellers’ price expectations may be higher than what buyers are willing to pay, he said. Investors also may be more conservative because of concerns of a global economic slowdown.

This year’s tally will rise significantly when pending deals across Canada are completed in the coming months, according to Altus. Chicago-based Ventas Inc. announced in June that it would invest in a Canadian senior-housing portfolio valued at $2.4 billion. Earlier this month, Bloomberg reported that Oxford Properties Group is close to a deal to sell its iconic Fairmont hotels portfolio to Singaporean sovereign wealth fund GIC Pte.

Purchases in the country by all buyers, including from Canada, totalled $25.5 billion in the first half, down 28 per cent from a year earlier, Altus said. Investment in rental apartments increased across Canada, while retail sales declined.