Foreign investors pulled the most money out of Canadian stocks in 15 years amid fears that recession would hit an equity market that’s highly sensitive to changes in the economic cycles.

They reduced their exposure by $12.6 billion (US$9.8 billion) in June, the third consecutive month of outflows, according to Statistics Canada data released on Tuesday. Foreign investors took out the most money since 2007 as inflation soared at its fastest pace in four decades. Canadian stocks tend to be dominated by cyclical industries like banks and energy companies. 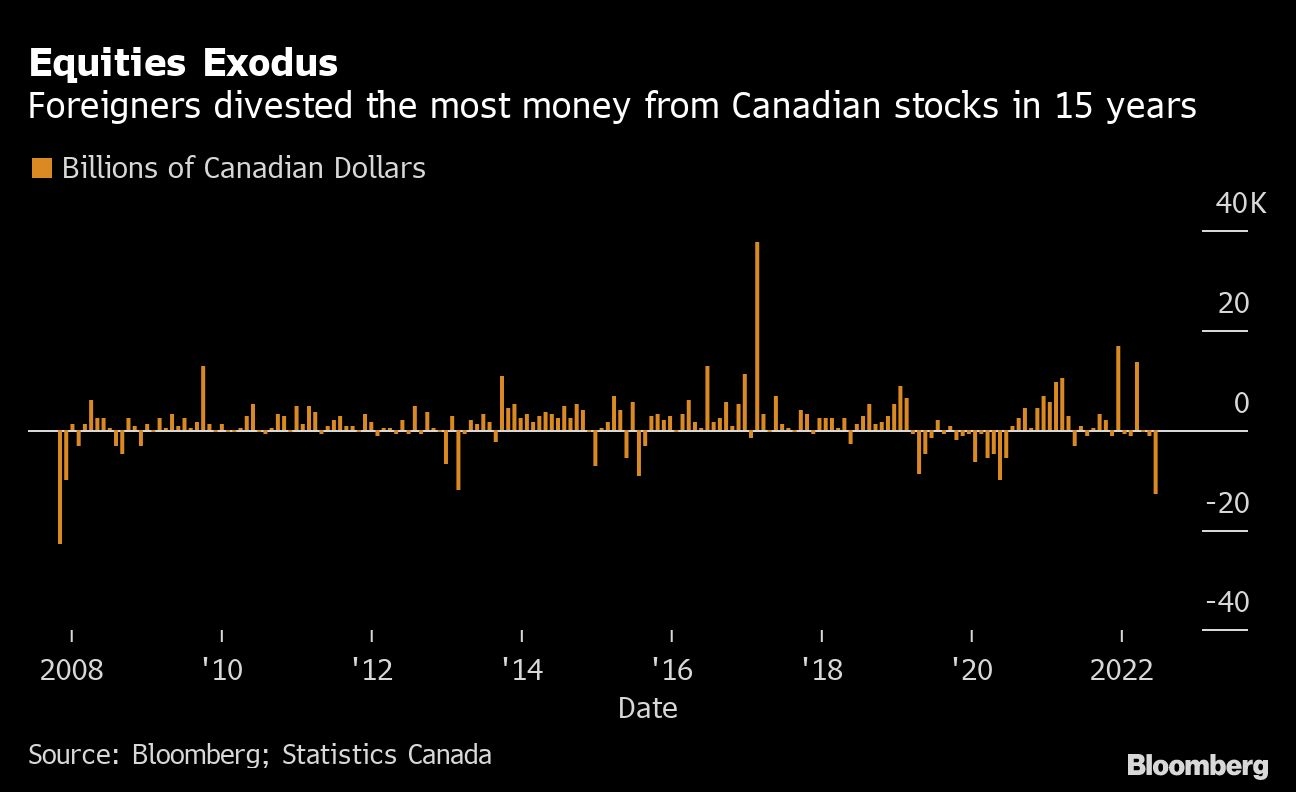 The biggest outflows in June came in bank stocks, which make up about a fifth of the S&P TSX Composite Index. These equities have dropped about 15 per cent from their February high.

Decade-high inflation and fears of recession have weighed on Canada’s market, and some strategists have cooled on Canadian stocks. Others remain bullish that the market will beat the S&P 500 Index for the first time in six years.

Meanwhile, underlying price pressures remain high in Canada, with inflation building in July from the prior month, which will likely keep the nation’s central bank aggressively hiking rates. While Canadian equities have rebounded in August as companies book better-than-expected earnings, the Big Six bank earnings next week could give investors a look into whether the downturn is a blip or the new status quo. The stock jumps of recent weeks could be little more than a “temporary summer bounce,” according to Scotiabank.

“The summer bounce in equities is great and could extend a bit more, but we wouldn’t get too excited,” Scotiabank analyst Hugo Ste-Marie said in a note in early August. “Key leading indicators are still heading lower, suggesting the economic malaise and pain will persist for some time.”