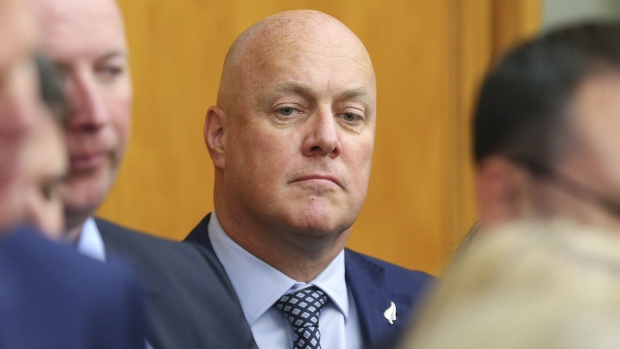 “This morning I met with Chris Luxon and had a great discussion,” Bridges said in a tweet Tuesday in Wellington. “I am withdrawing from the leadership contest and will be backing Chris. He will make a brilliant National leader and Prime Minister.”

National Party members of parliament were due to vote on a new leader this afternoon after they ousted Judith Collins from the position last week. Ongoing divisions within the party have seen it drop in opinion polls, bolstering support for Prime Minister Jacinda Ardern’s ruling Labour Party.

Luxon, 51, is politically inexperienced, having entered parliament only a year ago. He had a successful career with consumer goods giant Unilever Plc before taking the reins of Air New Zealand in 2012.