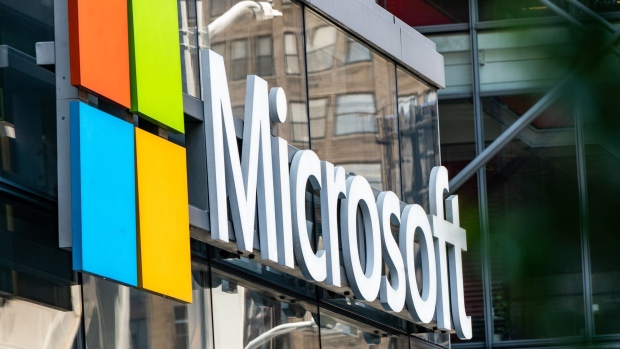 Microsoft signage is displayed outside a Microsoft Technology Center in New York, U.S., on Wednesday, July 22, 2020. Microsoft Corp. is set to post quarterly results after the closing bell and the tech bellwether's performance will likely uphold its standing as a darling of Wall Street. , Bloomberg

Bell will be an executive vice president reporting to Chief Executive Officer Satya Nadella. He will officially start his role once “a resolution is reached with his former employer,” Nadella said in an email to employees obtained by Bloomberg. Microsoft confirmed the email’s contents.

“Cybersecurity is one of the most challenging issues of our time – for every person and organization on the planet – and it is core to our mission,” Nadella wrote. Securing customers’ digital technology platforms, devices, and clouds “is a bold ambition we are going after and is what attracted Charlie to Microsoft.”

At Amazon, Bell was a senior vice president, who long reported to former AWS chief Andy Jassy and oversaw the engineering teams working on AWS’s main software services. Bell worked on software for NASA’s space shuttle program early in his career, joining Amazon in 1998 when the company acquired his e-commerce software startup.