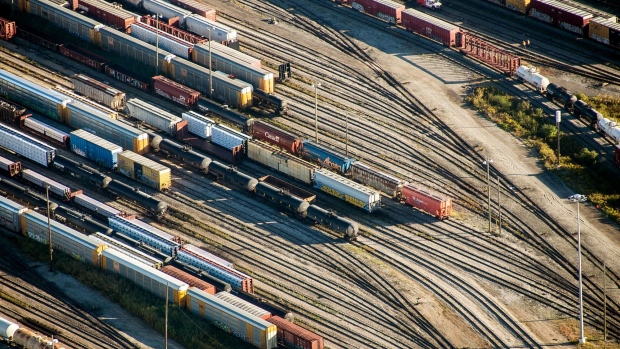 Mark Wallace, a long-time railroad executive with more than three decades of industry experience with stints at both of Canada's biggest railroads, has died, according to a statement from CSX Corp.

Wallace, who was most recently executive vice president of sales and marketing at CSX, passed away Sunday following complications from cancer, the company said. He was 50 years old.

Mark Wallace, a long-time railroad executive with more than three decades of industry experience with stints at both of Canada's biggest railroads, has died, according to a statement from CSX Corp.

Wallace joined CSX in 2017 to be the company's executive vice president of corporate affairs and chief of staff alongside then-CEO Hunter Harrison as the Jacksonville, Fla.-based railroad looked to reshape its operations to embrace the precision scheduled railroading (PSR) model previously incorporated during their time in similar roles at Canadian Pacific Railway Ltd. and Canadian National Railway Co.

"Mark’s acumen, energy and integrity helped drive the company’s overall transformation and more recently played a pivotal role in the ongoing cultural transformation of CSX," Foote said. "He helped set our course toward achieving a revolutionary vision for the company."

Wallace and Harrison both worked closely together at both CN Rail and CP Rail where they both found success developing the PSR model at both railroads, a concept that focused on cost-cutting while moving customers’ cargo swiftly, instead of being beholden to customers’ shipping schedules.

Wallace worked at CP Rail as its vice president of corporate affairs and Harrison's chief of staff between 2012 to 2017. He joined the railroad following a stint as Husky Injection Molding Systems Ltd. head of investor relations in 2011.

“Mark played a critical role at CP during the early years of our transformation to the precision scheduled railroad we are today," said Keith Creel, CP Rail's chief executive officer, in an emailed statement. "His many friends and former co-workers at CP extend our deepest sympathies and prayers to his family, friends and colleagues during this difficult time."

Prior to that role, Wallace spent more than 15 years at CN Rail where he rose through the ranks from an analyst in the company's treasury department to its assistant vice president of public affairs.

"CN was saddened to learn about the passing of Mark Wallace, a former employee and most recently an executive at CSX," said a CN Rail spokesperson in an emailed statement. "Mark will forever be remembered fondly at CN for his energetic and affable personality as well as his dedication, hard work, and contribution to the company. We offer our sincere condolences to his family and loved ones."