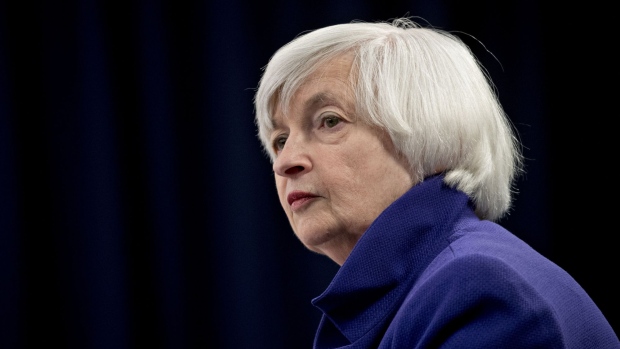 Two of Biden’s longtime economic advisers, Jared Bernstein and Heather Boushey, were among those in the briefing, as well as Yellen, Raj Chetty, a Harvard University professor; and Lisa Cook, a professor at Michigan State University. Jake Sullivan, a top policy adviser to Biden, was also in the briefing.

The Biden campaign has been very secretive about the economists who have been advising the former vice president during his campaign. But in April, Bloomberg News reported that Larry Summers was advising the campaign, which drew the ire on progressives who called on Biden to promise he would not appoint him to his administration.

A Biden campaign official said only Bernstein and Boushey are official advisers to the campaign and the others, including Yellen, are experts who were briefing the candidates.

In testimony to the House Select Subcommittee on the Coronavirus Crisis last month, Yellen advocated for Congress to do more to support the economy. She told the subcommittee that it would be a “catastrophe” if lawmakers decided not to continue enhanced unemployment insurance that expired July 31.

“We need the spending that those unemployed workers can do,” she said. Yellen, who is now at the Brookings Institution in Washington, said the program could be restructured to cap total insurance payments at a fixed percentage of regular income.

President Donald Trump used executive actions over the weekend to redirect disaster-relief funds to provide US$300 a week in federal aid to the unemployed, plus US$100 in state funds after Congress could not agree on a new stimulus package.

Along with former Fed Chair Ben Bernanke, she also called for more action on the fiscal front, including aid to state and local governments -- which has been a point of contention between Republicans and Democrats now in a standstill over an additional stimulus package.

Yellen served as chair of the White House Council of Economic Advisers under Bill Clinton from February 1997 to August 1999. She’s known for her work on labor markets. As Fed chair, she oversaw the launch of the Fed’s tightening campaign that began in 2015, a move that came later than expected and reinforced her reputation as a central banker who tended to lean in the dovish direction on monetary policy.