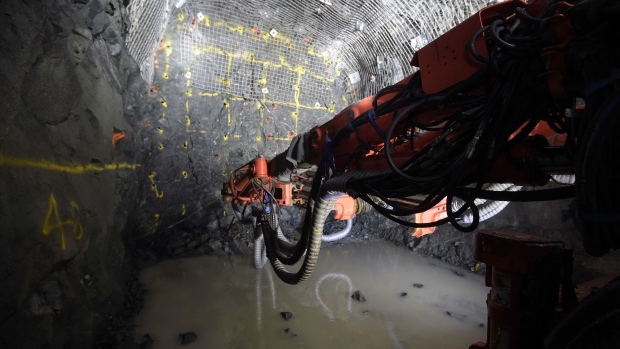 IXM, the former metals trading unit of Louis Dreyfus Co., is one of the largest merchants of refined metal and ores. It is owned by China’s CMOC Group Ltd., a leading producer of cobalt and tungsten, and a substantial copper supplier.

Ives will join IXM on Oct. 17, according to a memo seen by Bloomberg that was sent to the company’s banks and customers. IXM’s current CEO Paul Akroyd, a former senior sugar and coffee executive at Louis Dreyfus who oversaw the sale of the company in 2018, is stepping down at the end of the year but will continue as a senior adviser to the CEO of CMOC.

“Paul and Kenny will work hand in hand to ensure a smooth and strong transition until the end of December 2022,” the memo said.

IXM is one of the world’s top-three traders of base metals, according to CMOC, putting it behind Glencore and rival Trafigura Group. It earned about $98 million in the six months through June, according to a company report, up 50% from a year earlier, and traded about 1.5 million tons of concentrate products and a similar volume of refined metal during the period.

Ives, who ran Glencore’s nickel division for nearly a decade, was seen as one of the top three candidates to replace Glasenberg when the longtime CEO announced plans to retire. Ives and copper trading head Nico Paraskevas -- also seen as a contender -- both departed as part of a management shakeup last year after the commodities giant named Gary Nagle as its new boss.

Ives joined Glencore straight out of university in 1998 and spent his first decade trading copper concentrates, including a year in China, and later worked in the grain division before returning to metals trading.

He takes the helm at IXM at a volatile time for the metals world. Prices soared earlier this year amid worries about supply disruptions or potential sanctions due to Russia’s invasion of Ukraine, but have retreated in recent months as investors shifted focus to the prospect of a global recession.

The industry is also grappling with how to handle Russian metals -- the country is a big supplier of aluminum, nickel and copper, and the London Metal Exchange said last week it was considering launching a consultation process to discuss banning new supplies from Russia.

(Updates with contents of memo in third and fourth paragraphs.)