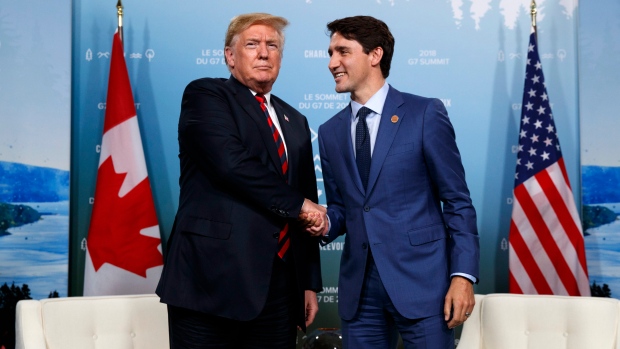 “The truth is that Ottawa has made a series of miscalculations and errors that have provoked the Trump administration and exacerbated bilateral tensions while doing nothing to advance Canada’s interests,” Sean Speer wrote in an article co-authored with Brian Lee Crowley, managing director of the Macdonald-Laurier Institute.

“These actions and choices have only served to make a difficult situation worse.”

In the July 6 article published on the think tank’s website, the authors argue the escalating trade war marks a setback for North American Free Trade Agreement negotiations and in turn puts Canada’s overall economy at risk.

Crowley and Speer admit, however, any Canadian government would find it challenging to negotiate with the Trump administration.

“But this doesn't mean that Ottawa is off the hook,” they wrote.

Crowley and Speer went on to outline key events, like the recent G7 summit in Charlevoix, Que., where Trudeau set an agenda focusing on gender diversity and the environment “knowing it would annoy and isolate the president.”

“Ottawa has signally failed to understand the extent to which Trump is breaking with conventional thinking and charting a different course on climate change, energy development, foreign policy, and trade,” they wrote.

“This failure to recognize fully Washington’s evolving political landscape and to adjust accordingly is a costly and regrettable mistake.”