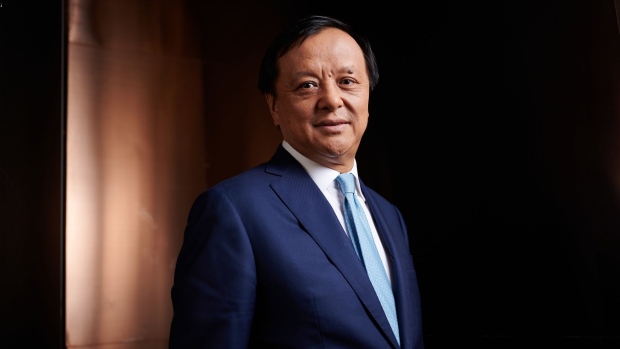 Charles Li, outgoing chief executive officer of Hong Kong Exchanges & Clearing Ltd., in Hong Kong, China, on Tuesday, Dec. 15, 2020. Li, dubbed "Mr. China" for linking the bourse to the mainland, is stepping down at the end of the year after a decade at the top of Hong Kong's flagship financial institution and said in an interview with Bloomberg Television that integrating the city's marketplace with China is far from done. , Bloomberg

(Bloomberg) -- The man who engineered the landmark program linking stock markets in mainland China and Hong Kong is now offering a fresh way to invest in the world’s second biggest economy.

But the start comes at a turbulent time for foreign investors in China as Beijing has sent shock waves through the markets by cracking down on its big technology giants, halted its massive for-profit education sector and continued to rein in its property developers. Markets have tanked, wiping away $1 trillion.

In an interview on Thursday, Li shrugged off the growing risks for investors in China, arguing his new project is in fact “on the right side of history.”

Investors are now more seriously reading up on what President Xi Jinping has said in the past for clues about what direction China is heading in and where to place money. Xi has repeatedly called for a bigger pivot to support China’s real economy, broadening its base and combating the nation’s inequality.

Li’s new project, which he has funded out of his own pocket with partner Gary Zhang, the chief executive officer of the Hong Kong-listed Oriental Patron Financial Group, will offer institutional investors a way of making equity-like bets on a portfolio of small enterprises and gain a direct share of the revenue.

The platform is designed to share income on a daily basis through a system of digital controls, said Li, who was confident that the model would be immune from recent wave of regulatory curbs.

“We’re not consuming funding from the public source,” he said. “We are not creating a systematic risk to China’s financial system. We are spending on places where real financing should have been.”

International investors will be most likely use the wholly owned foreign enterprise avenue when making investments, and will be subject to capital controls, Li said. He expected to reach a milestone of investing 10,000 enterprises in the first year, and expand to 100,000 in five years.

Li also said that the recent crackdown that has impacted bigger firms such as Didi Global Inc. and Tencent Holdings Ltd., which he actively promoted during his time at the exchange, shouldn’t have come as a surprise.

“If the market follows China really carefully, with a strong analytical insight, we should know that this is coming,” Li said.

Whenever a business is involved in the most vulnerable parts of society or grows too big, one should expect a “rightful” regulatory intervention, he said.

China Presses on With Crackdown on Tech Data and Overseas IPOs

“Business is going to find a way to understand it,” he said. “I personally believe business has found the right balance. The broader consensus is that it’s different, but it hasn’t fundamentally changed the fact that this is still the best place if you want to be in China.”

Why Some Hong Kongers Are Leaving But Big Money Isn’t: QuickTake