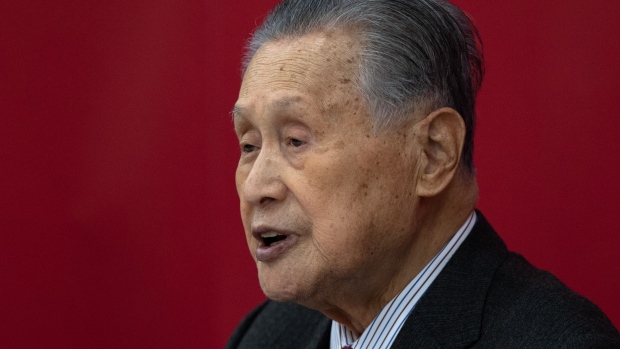 Mori, a veteran ruling party member known for his strong ties to Russia, expressed doubt about the degree to which Japan is throwing its weight behind Ukraine, adding Russia could not lose the war, the agency said. He was speaking at a reception in Tokyo on Wednesday evening, also attended by Kishida.

Japan’s government has sanctioned Russia and provided various forms of aid for Ukraine, which have been backed by the public. Kishida told parliament Wednesday that he would consider an invitation to visit Kyiv extended by President Volodymyr Zelenskiy, depending on the circumstances. The ruling party No. 2, Toshimitsu Motegi, said such a visit would be desirable.

Mori served as premier for about a year and left office in April 2001 with some of the lowest support ratings ever for a Japanese prime minister. He gained global attention in 2021 when he was forced to resign as the chief of the Tokyo Olympic Organizing Committee after making sexist comments.