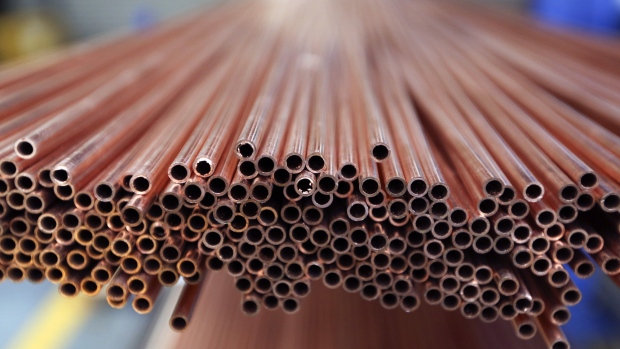 Bloomberg Photo Service 'Best of the Week': Rods of copper pipe sit stored ahead of use in Fracino espresso coffee machines at the company's factory in Birmingham, U.K., on Tuesday, Nov. 12, 2013. The U.K.'s brighter economic outlook contrasts with the euro area, which had its forecast cut by the European Commission on Nov. 5. , Bloomberg

Authorities said Wu accepted gifts illegally and attended banquets that may affect his execution of official duties, suspecting him of bribery, according to a Sept. 27 statement on the website of China’s Central Commission for Discipline Inspection. They also claimed he played golf with public funds.

Other allegations against Wu include running firms in violation of regulations and seeking benefits for his relative’s business activities. The charges will be referred to the public prosecutor for handling in accordance with laws.

Wu, 57, was appointed as general manager of Jiangxi Copper in 2017. The company said last year that he left the role due to “work change.”

To contact the editors responsible for this story: Shamim Adam at sadam2@bloomberg.net, Chris Bourke