Former investment bankers from JPMorgan Chase & Co. and Deutsche Bank AG are launching a new cannabis-focused asset manager, betting that the recent plunge in pot stocks is a good entry point to make loans and do private equity deals in the sector.

Silver Spike Capital plans to raise between US$500 million and US$1 billion for a direct lending fund in the fourth quarter, followed by a private equity fund of the same size. The New York-based firm is also looking to raise about US$200 million for a hedge fund, said Scott Gordon, founder and chief executive officer.

It’s a challenging time to be setting up a cannabis money manager, with pot stocks down more than 40 per cent since the end of the first quarter as weak earnings, regulatory issues and now a vaping-related health crisis weigh on the sector. Gordon and Silver Spike’s other partners are no strangers to volatility, with an average of 28 years’ experience in emerging markets and distressed assets.

“We love messy, choppy markets,” said Gordon. “I think the current duress in the public markets will be good for us, not only because it will give us better entry points to go long public company stock, but I think it’s also resetting valuations in the private market as well.” 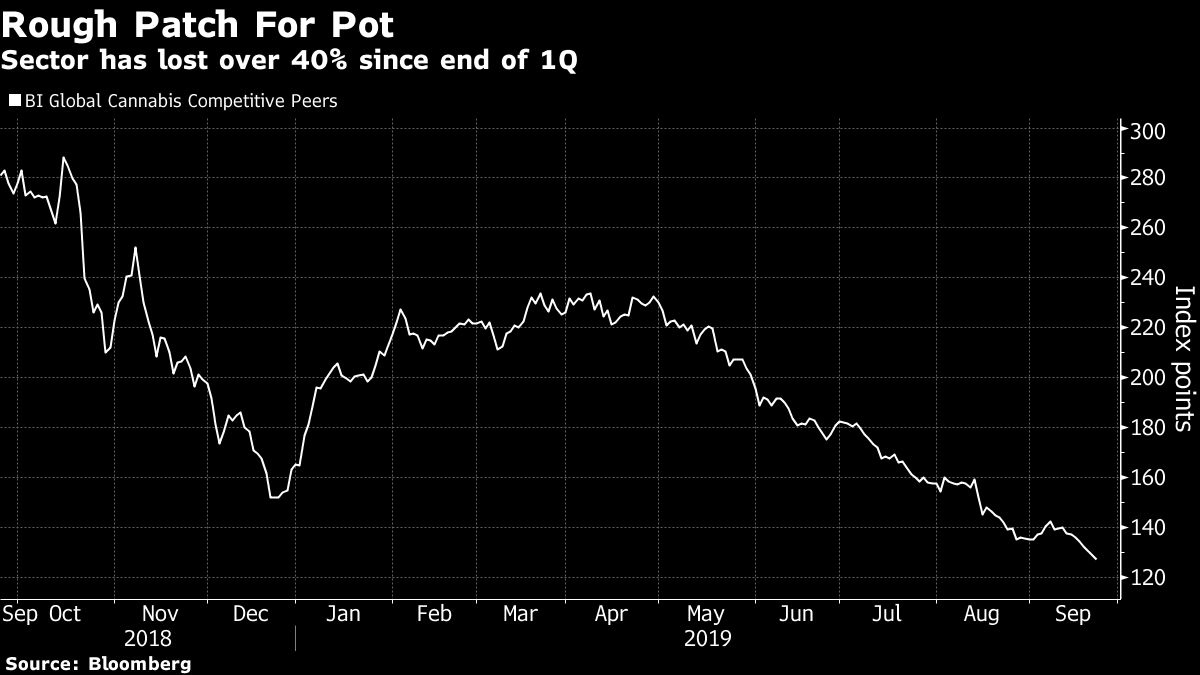 The new funds are in addition to Silver Spike Acquisition Corp., a special purpose investment vehicle that listed on the Nasdaq in August, in a deal led by Credit Suisse Group AG. The $250 million SPAC aims to acquire a pot-related business or businesses within 18 months.

“The whole idea behind having these different strategies that span the various components of the cap structure is so that you have flexible capital that can best suit the needs of the company that’s seeking financing,” Gordon said in an interview at Silver Spike’s office near Times Square in New York. Gordon formerly specialized in emerging markets at a variety of firms, including JPMorgan and Bank of America Corp., and is also chairman of California-based pot company Papa & Barkley.

Since the SPAC launched in August, Silver Spike’s phone has been “ringing off the hook,” said Bill Healy, a partner at the firm who previously worked at Deutsche Bank, ING Barings and blockchain-focused investment fund Pantera Capital.

“In many cases, it’s simply not been an appropriate match for our SPAC but it could be a great outcome for our lending fund,” he said.

Silver Spike will take a global approach to investing and hopes to eventually have offices in Europe, Asia and Latin America, said Gordon. It will look beyond the recreational marijuana market to “everything else you can do with the plant,” including applications for food, beverages, cosmetics, sleep, pain and anxiety, he added.

Gordon chose to focus on the direct-lending fund first because it’s the most under-served part of the industry, with the vast majority of capital coming so far from equity sales.

“You can structure really interesting loans to very viable borrowers at juicy returns,” he said.

The firm’s partners aren’t deluding themselves about the risks inherent in the emerging sector, Gordon said.