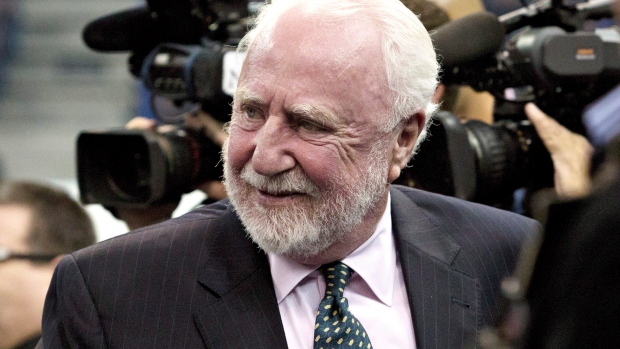 The Securities and Exchange Commission has charged Pocklington, his medical device company and others with defrauding investors by hiding his previous charges and misappropriating investor funds.

The SEC notes that he pleaded guilty to a federal felony perjury charge and was later ordered to pay more than $5 million as part of a settlement for unrelated securities fraud and registration charges.

Pocklington then founded and now controls California-based The Eye Machine, also known as Nova Oculus Partners, a medical device company that the SEC says raised more than $14 million between 2014 and 2017 from more than 260 investors.

The SEC alleges he and his attorney, Lantson Eldred, structured the ownership of the company to conceal Pocklington's role.

Authorities suggest they also failed to disclose his "checkered history" and misrepresented how investor funds would be spent -- among other allegations.

The complaint by the SEC was filed in federal court in California, according to a news release.

It charges the Eye Machine, Pocklington and Eldred with violating federal securities laws, as well as others involved.

Pocklington is well-known in Canada for bringing Wayne Gretzky to the Oilers in the 1970s, then trading the superstar a decade later to the Los Angeles Kings.

He sold the Oilers in 1998 and now lives in California.