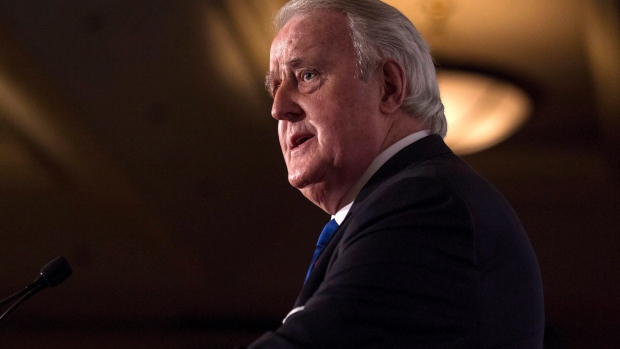 WASHINGTON -- Brian Mulroney says Canada needs to put a little more water in its milk if it expects to make a new NAFTA deal with a hard-bargaining U.S. president whose political fortunes depend heavily on being able to declare victory for American dairy farmers.

Mulroney, the former prime minister widely considered the father of the modern era of North American free trade, held court Tuesday in Ottawa on the fate of the intercontinental trade pact as talks to modernize NAFTA resumed on the anniversary of the Sept. 11 terrorist attacks.

Mulroney said Justin Trudeau phoned him last weekend to discuss the NAFTA situation and the two spoke for an hour. Overall, he said, he believes Canada is handling the talks well.

But he had a clear message for the prime minister: if the federal Liberal government wants to make a deal, it better start dealing -- particularly on the issue of access to Canadian markets for U.S. dairy producers, a critical issue for U.S. President Donald Trump.

"There is not going to be a deal -- period -- unless there is a compromise in that area because that is what he campaigned on and it's stuck to him and he's stuck with it," Mulroney said.

"So if we don't find some way to accommodate some of that, then we're not going to have a deal."

Trudeau has been signalling in recent days that Canada might be prepared to show some flexibility there.

"There's a range of things we've been firm on and will continue to be firm on, but there's also things we're looking to be flexible on because it's time to update this deal after 25 years," he said in an interview with Winnipeg radio station CJOB.

"We're just going to stay working constructively to get to that win, win, win that we know is there."

Mulroney acknowledged U.S. Trade Representative Robert Lighthizer is on a short leash from the White House when it comes to what he can offer in the talks, but noted that Trump trusts Lighthizer a lot.

"If Ambassador Lighthizer goes to the president in the Oval Office and says, 'Mr. President, I recommend we accept this deal with Canada; it's not perfect, but it's a good deal,' then I think he takes it,"' Mulroney said.

"He has great confidence and trust in Lighthizer. That I know for sure, right from the horse's mouth."

Lighthizer and Canadian counterpart Chrystia Freeland returned to the negotiating table for one day Tuesday before she jetted off to Saskatoon to brief the prime minister at this week's caucus gathering, which wraps up Thursday.

True to form, when asked about Mulroney's remarks, the foreign affairs minister refused to say anything publicly about the discussions around the table for fear of undermining what she described as a cordial and productive atmosphere.

"That has been the right decision," Freeland said late Tuesday of the mutual agreement to avoid publicly disclosing details of the talks.

"Not negotiating in public has helped us to have the kind of frank and candid conversations we need to have around the table, and crucially, it has helped to build that trust and goodwill and good faith on both sides." 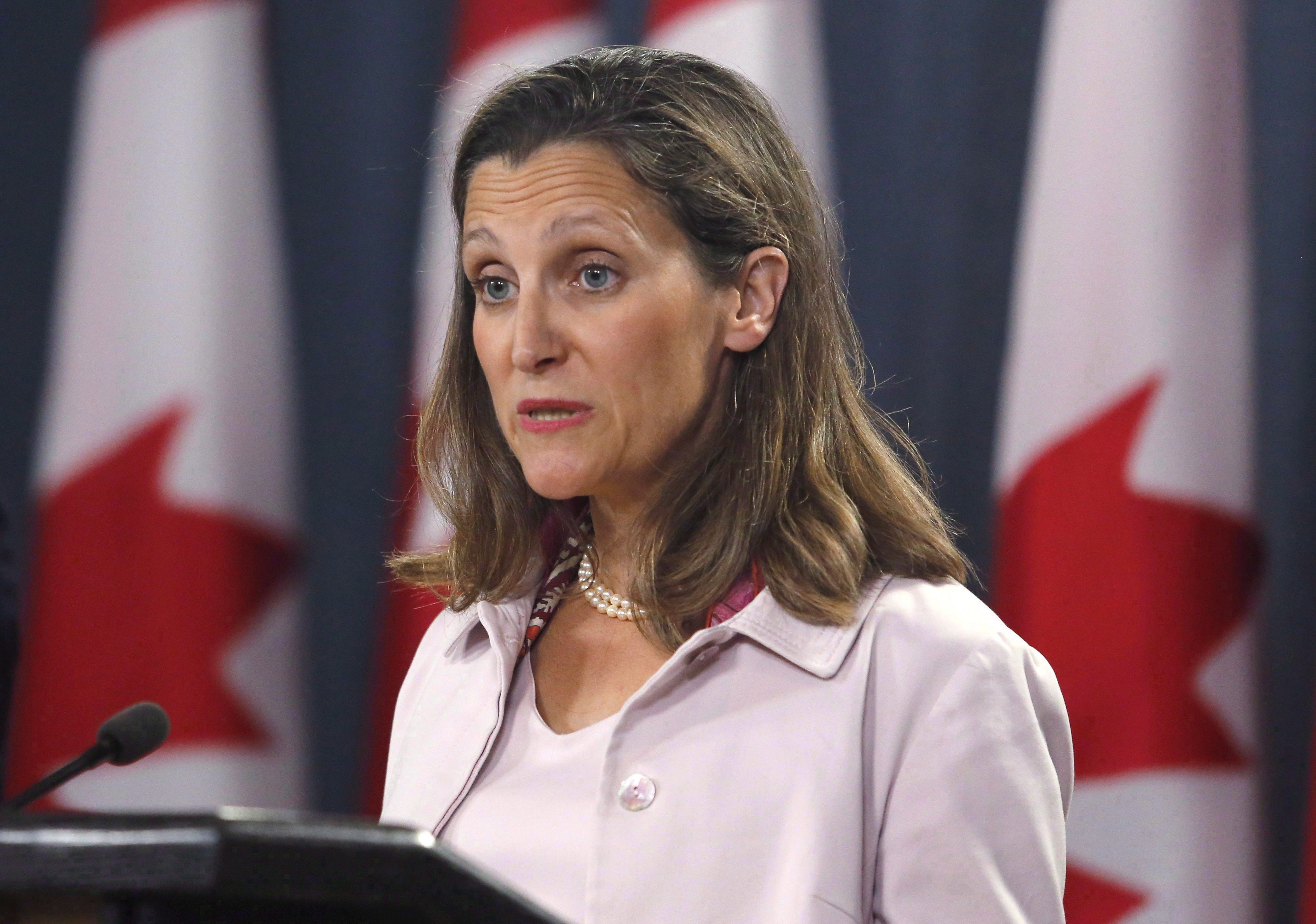 What should Canada do at the NAFTA negotiating table?

Earlier in the day, she noted that Tuesday was the 17th anniversary of the Sept. 11 terrorist attacks to drive home a point about the long-standing relationship between the two countries.

"Maybe that helps us all put into perspective the negotiations that we're having -- and also put into a little bit of historical perspective the importance and the significance of the relationship between Canada and the United States," she said of the anniversary.

On Canadian soil, U.S. Ambassador Kelly Craft was expressing much the same sentiment.

Craft, a fixture at the NAFTA talks last week, was in Gander, N.L., to commemorate the role that town played on the day 17 years ago when the United States shut down its airspace, forcing countless passenger airliners to find refuge wherever they could.

"Forget what you read about NAFTA negotiations and Twitter wars, that's not who we are," Craft told the gathered crowd as she thanked Canada -- and Gander -- for playing host in 2001 to countless stranded American air passengers.

"Sure, it's business and it's important, but Gander is the place that -- in a snapshot -- illustrates the Canada-U.S. relationship."

Ottawa and Washington are trying to reach an agreement that could be submitted to the U.S. Congress by month's end. A deal would see Canada join a preliminary trade agreement the Trump administration struck last month with Mexico.

The U.S. has said it plans to present Congress with the deal it has with Mexico if Canada doesn't get on board. But a deal without Canada has virtually no chance of being passed, Mulroney said.

"If (Trump) goes to Congress with a bilateral arrangement with Mexico, he's got problems -- real problems," Mulroney said. "He doesn't need any more problems, particularly when he's going into an election campaign with a vote in November that could be extremely challenging for him."

-- With files from Andy Blatchford and Mike Blanchfield in Ottawa