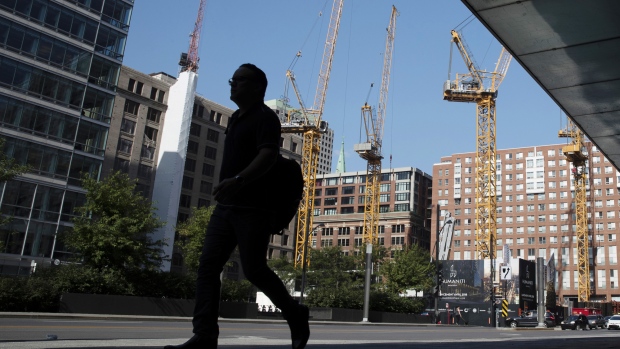 A pedestrian walks past cranes at a construction site in Montreal, Quebec, Canada, on Monday, Aug. 20, 2018. Median single-family home prices in Montreal rose 5.7% to C$336,250 in July from a year ago, according to the Greater Montreal Real Estate Board (GMREB). , Bloomberg

OTTAWA -- The Competition Bureau says a former executive of Quebec engineering firm Dessau received a 12-month sentence after pleading guilty Thursday in the Court of Quebec to rigging bids for City of Gatineau infrastructure contracts.

He admitted to participating in a bid-rigging scheme from 2006 to 2008 in which several engineering firms conspired to divide up city contracts among themselves without the municipality's knowledge.

The regulator says Boulay received leniency in sentencing because of his co-operation with the investigation and the fact that he had no role in the instigation of the bid-rigging scheme.

Criminal charges were laid last June against the four men in connection with bid-rigging of 21 Gatineau infrastructure contracts awarded between 2004 and 2008.