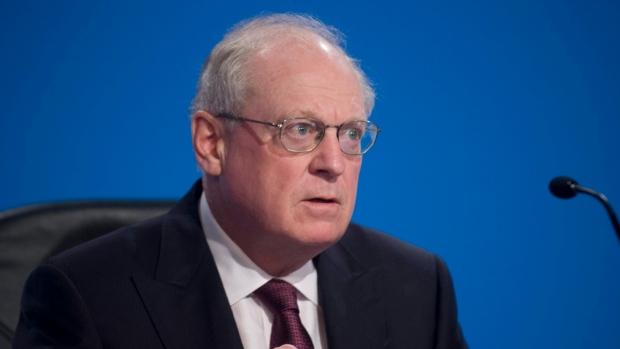 BCE Inc. Chairman of the board Thomas O'Neill attends the company's annual general meeting in Montreal, Thursday, May 6, 2010. , The Canadian Press

He spent much of his time with the bank helping it strategically reposition its business by making investments in technology and leadership development.

O'Neill was also chief executive and chair of PricewaterhouseCoopers Consulting, chair of BCE Inc., and a director of Loblaw Companies Limited, Nexen Inc., and Adecco, S.A.

Scotiabank President Brian Porter says O'Neill was a father figure to many at the bank and will be sorely missed.