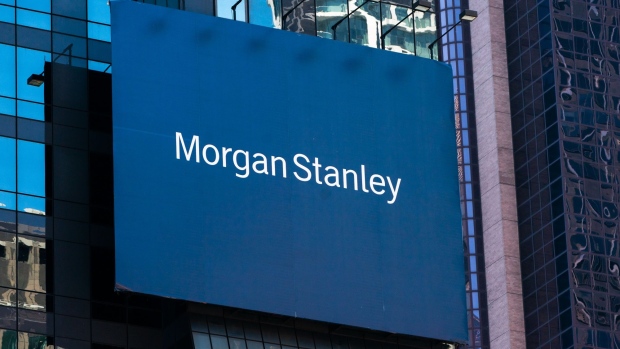 (Bloomberg) -- A former senior Morgan Stanley trader, whose unit was embroiled in an internal probe into suspected mismarking and tens of millions of dollars of losses in 2019, has left after the investment bank disclosed allegations about his conduct.

Thiago Melzer, who oversaw trading in currency derivatives known as FX options, was “discharged” in June because of allegations concerning the valuing of certain trades and using communication methods not approved by the firm, according to a disclosure that Morgan Stanley made to the U.S. Financial Industry Regulatory Authority. The bank started an internal probe into suspected wrongdoing at the unit in late 2019, Bloomberg reported at the time.

Melzer was cited for “providing others guidance for marking non-securities positions relative to profit-and-loss goals,” according to the Finra report. He also allegedly communicated about the transactions “using a non-firm approved communication platform,” the report said.

Mark Lake, a spokesman for Morgan Stanley in New York, declined to comment. Melzer also didn’t comment. He has denied any involvement in mismarking, an industry term for the improper valuing of trades, people familiar with the matter said.

Melzer is now starting a new investment fund in Sao Paulo called Upon Global Capital, where he will be chief investment officer, according to its website. This will seek to profit from macroeconomic trends, the people said, and take advantage of record inflows into Brazilian hedge funds.

“Upon Global Capital was born with extensive experience using options and derivatives in developed and emerging markets,” according to the firm’s website.

Two of Melzer’s former colleagues have joined him at Upon. Senad Prusac, who was global head of macro trading at Morgan Stanley until 2019, will lead the firm’s “offshore platform,” according to its website. Antonio Moura Andrade, who led the bank’s Latin American FX options business before departing in 2020, will be a portfolio manager, the website shows.

Melzer rose over a decade to become one of the most senior traders at Morgan Stanley’s fixed-income division, overseeing businesses linked to currencies and emerging markets. He helped the firm push into FX options, opaque products that are part of the $6.6 trillion-a-day global currency market.

The strategy came undone in 2019 when a series of transactions linked to the Turkish lira went awry, losing millions of dollars and prompting officials at Morgan Stanley to probe whether traders had been valuing the deals improperly, people familiar with the matter said at the time.

The trades also helped unravel an obscure hedge fund in Hong Kong and triggered a $180 million loss for Citigroup Inc. The status of the review -- and its conclusions -- are unclear.

In the aftermath, Morgan Stanley installed fresh leaders at its currency-trading unit, including new co-heads of FX options, and the business went on to help drive a 59% surge in fixed-income trading revenue for 2020. But the episode underscored why Chief Executive Officer James Gorman has focused on the more stable business of handling other people’s money, spending some $20 billion combined buying asset-manager Eaton Vance Corp. and retail brokerage E*Trade Financial Corp.