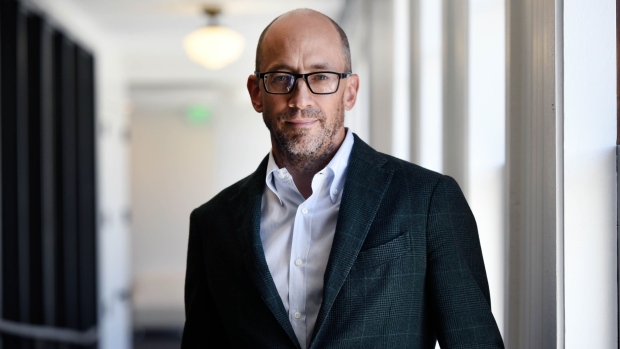 By March 16, his restaurant was closed because of local, Covid-19 coronavirus-related government restrictions. Nayfield posted a video to his Instagram account, announcing that he was shutting his doors.

Che Fico’s investors saw the post and reached out. Dick Costolo, the former chief executive officer of Twitter Inc. and partner in Index Ventures Inc., texted the chef: “What can I do to help?”

Nayfeld put some numbers together. Besides furloughing employees and paying for temporary health care, he saw the opportunity to feed people in need. He texted Costolo back: $2,000 a night would be enough “to blunt the edge” and to set the restaurant up to start serving to-go meals to needy families. Costolo said he was in. For the former tech chief, it was a chance to help a community that suddenly found itself in crisis. For a successful entrepreneur, he said in a phone interview, “There’s an expectation that you are going to be there for society.” He even built the accompanying website for the new initiative. “I haven’t touched code in forever,” he added.

Costolo tweeted his support for the #CheFicoFamilyDinnerFund to his 1.5 million followers. Egon Durban, co-CEO of Silver Lake Management LLC, replied to Costolo on Twitter: “Our family will match you to fund dinner for 40 families per night during this difficult period. Let’s help our community. Let’s go.”

The next day, Allison Rose, founder of Rose Culinary in Palo Alto, Calif., and a restaurant-oriented venture capitalist, chimed in with another $15,000 per week for the first two weeks. “I can’t do $2,000 for everyone,” she said. “The reason I focused on David is because he’s doing something amazing.” That brought Che Fico a commitment of $6,000 per night.

What started as 40 to-go meals nightly quickly expanded to more than 300. Each is enough for two to three people; the program is now feeding more than 700 people a day. The meals are free to customers in need and cost $50 for those who can afford it; on average, two-thirds of the meals have been free. Recent menus include tri-tip steak with roasted root vegetables and salsa verde and eggplant parmigiana with house baked bread. They have also included such extras as  beer donated by Temescal Brewing, wine from Seventy Five Wine Co., and chocolate bars from Charles Chocolates.

Nayfeld has been able to keep his six managers on the payroll. The remainder of his staff is on furlough (enabling them to receive health-care benefits). He’s brought back around 10 hourly employees to cook in the kitchen, and he’s rotating dishwashers nightly.

On Sunday, with Costolo’s help, the chef hosted a Zoom meeting to share his road map with other chefs around the country who are interested in replicating the model. At the virtual town hall, Nayfield discussed how to get the ball rolling, mistakes he’s made, and ways to simplify the process. (First and most important: Have deep-pocketed investors.)

A Spinoff in Healdsburg

Sixty miles north of Che Fico, at the three Michelin-starred SingleThread in Healdsburg, Calif., partners Kyle and Katina Connaughton were also wondering how to help their Sonoma community and support their 84-person staff, 50-seat restaurant, and empty hotel. After chatting with Nayfeld, the couple started a local meal donation program with a similar dine-out component. People who can afford it can pick up a two-to-four person meal for $75, purchased in advance on Tock. Several local winemakers have funded the first few weeks, including Anne and Joe Wender of Colgin Cellars and Three Sticks Winery.

The coronavirus has ignited Nayfeld’s inner activist. “What this entire catastrophe should tell us is that we are putting way too much burden of cost on small business owners and not nearly enough support,” he says.

Costolo shares that sentiment. "It would be great to see some systemwide federal reaction,” he adds. “We can wait for that to happen, or we can jump in and act decisively."