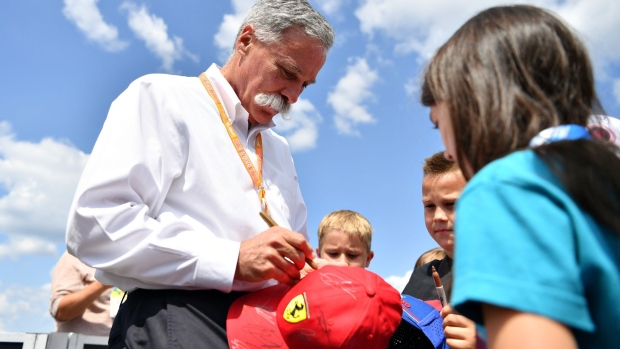 Formula One is close to concluding years of negotiations with teams over a new charter, a crucial piece of Liberty Media Corp.’s overhaul plans for the sport, according to Chief Executive Officer Chase Carey.

“We’re in the final stages of it,” Carey said in an interview at the World Economic Forum in Davos, Switzerland. The current agreement between the Formula One company, its competitor teams, and the motor sport governing body, the Federation Internationale de L’Automobile, expires in a year.

Billionaire John Malone’s Liberty Media wants to make the sport more competitive and attract a larger audience — Mercedes won the last six championships, and Red Bull the four before that. It has proposed teams share revenues more evenly to keep challengers from going bankrupt so often, and spending limits be implemented so races are more about drivers’ skills than testing who can afford the best engineering.

“We have elements of the future resolved,” Carey said. “We’ve had the rules, regulations, the cost cap, those things have been resolved.”

Liberty Media is betting that less predictable races will lead to bigger sponsorships and ad sales, and better TV deals. The richer teams have opposed some of the proposed rules.

“The real key moment for success is getting this deal in place,” said Pivotal Research analyst Jeff Wlodarczak, who rates the stock a buy. It’s risen 58 per cent in the last 12 months, boosted in part by progress in revising the Concorde Agreement, which includes a rulebook of nearly 200 pages.

“The underdog has to have a chance to win,” said Carey. “Ultimately this season you really had three teams that were competing to win.”