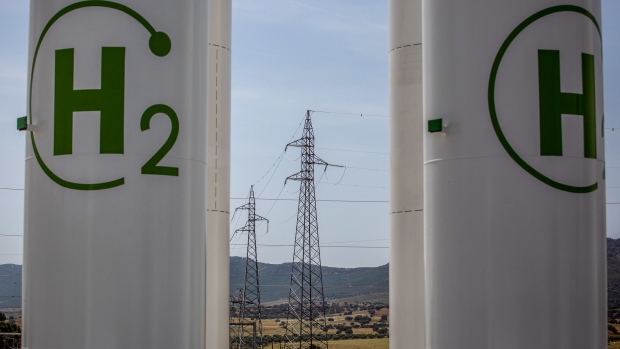 (Bloomberg) -- Fortescue Metals Group Ltd. more than doubled planned capital expenditure for its green energy arm as it added a new project in Germany, bolstering a push to deliver cleaner fuels to Europe.

The firm’s Fortescue Future Industries unit will invest $130 million with Tree Energy Solutions, known as TES, to become a partner in a gas import terminal and planned green energy hub in Wilhelmshaven, Germany. Under the plans, FFI will take a 30% stake in a TES unit, the Perth-based company said Wednesday in a statement.

First delivery of green hydrogen into the TES terminal is anticipated to take place in 2026, with the partners aiming to supply 300,000 tons in an initial phase.

As a result of the plans, Fortescue -- the world’s No. 4 iron ore exporter -- will now spend $230 million on capital expenditure in the year through June 2023, up from a previous $100 million estimate flagged in August, the company said.

“The United Kingdom and Europe urgently need green solutions to replace fossil fuels and this investment will enable Europe to do exactly that,” Fortescue’s billionaire founder and Executive Chairman Andrew Forrest said in the statement.

Fortescue previously said it will target production of 15 million tons of hydrogen a year by 2030, which would require construction of around 200 gigawatts of renewable energy capacity, and has struck deals for potential projects in locations including the U.S., Australia and Canada.