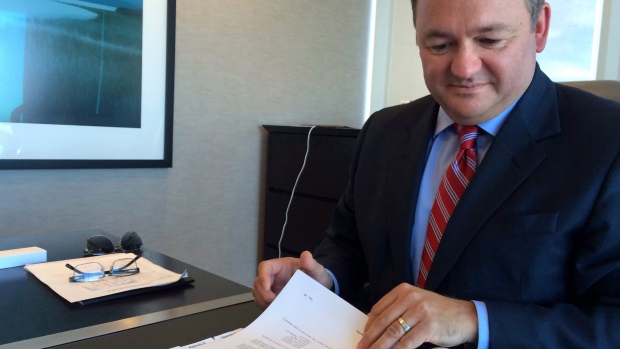 ST. JOHN'S, N.L. - Fortis Inc. has announced the coming retirement of CEO Barry Perry, who will be succeeded by David Hutchens effective Jan. 1.

The company owns a variety of utility businesses across Canada, in parts of the United States and in the Caribbean.

Hutchens was named chief operating officer at Fortis in January while continuing to serve as chief executive of UNS Energy, a Fortis subsidiary based in Tuscon, Ariz.

He was previously executive vice-president of Fortis's western utility operations, with oversight of FortisBC and FortisAlberta.

Perry has been CEO of Fortis since 2015 and with the company for more than 20 years, a period that included several major acquisitions including electricity transmission company ITC Holdings Corp. in 2016.

The transition was announced as Fortis outlined its five-year capital investment plan, and its intention to have average annual dividend growth of six per cent through 2025.