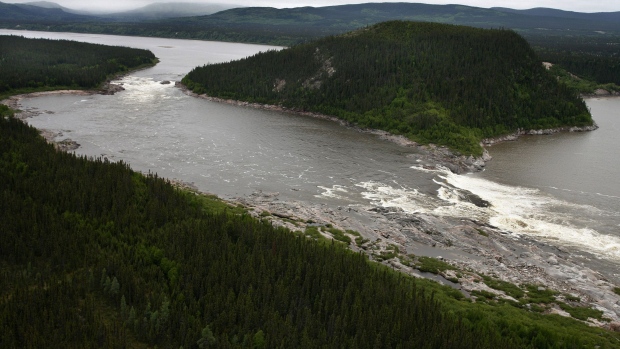 The sale of C$5 billion ($4.7 billion) of debt yesterday to fund a hydro-electric dam at Muskrat Falls in Newfoundland and Labrador brought the amount of government debt Toronto-Dominion Bank’s TD Securities unit sold as lead underwriter this year to about C$21.7 billion, according to data compiled by Bloomberg. , Esteban Duarte

The St. John’s, Newfoundland-based power utility, which operates in nine US states, five Canadian provinces and three Caribbean countries, is deploying a C$20 billion capital program over 2022 to 2026. That includes environmental goals such as connecting more renewable power generation to the grid or accelerating investment in climate change adaptation. FortisBC Energy Inc. and Tucson Electric Power Co. priced C$200 million and $300 million of green bonds in 2020 while earlier this year its ITC Holdings Corp. priced a small issue of green debt.

“We’ve seen limited activity thus far, but I do expect to see more in the future,” said Perry. “You really do need to make sure that what you’re doing is supporting the green energy transition before you issue the green bond.”

Beyond preparations for green bonds from its subsidiaries, which run separate borrowing plans as they operate government-regulated assets, Fortis has set a company-wide targets to reduce of greenhouse emissions by 75% by 2035 compared to 2019 levels.

“Utilities have a lot to do in the green energy transition,” said Perry. “We’re creating frameworks,” which is one of the key steps issuers take before green bond sales.

In March, the company released its first climate assessment report following recommendations developed by the Task Force on Climate-related Financial Disclosures, whose chair, Michael Bloomberg, is founder and majority owner of Bloomberg LP, the parent company of Bloomberg News.

It also amended its C$1.3 billion revolving credit facility in April to include pricing adjustments related to the achievement of certain goals for emission reductions and female and minority representation on the Fortis board, said Perry. These adjustments on drawn and undrawn funds under the facility will increase or decrease the loan facility’s margin by 2.5 basis points and 0.5 basis points for each indicator, according to an emailed statement from the company.