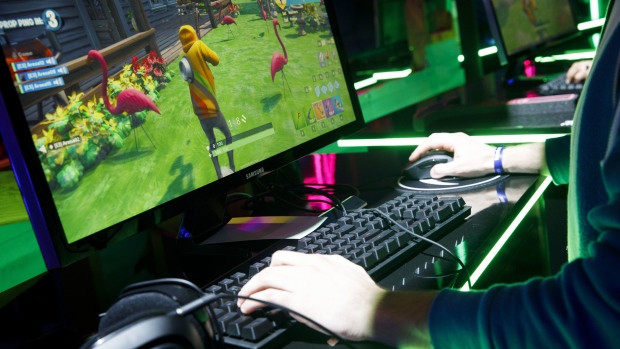 (Bloomberg) -- Epic Games Inc.’s Fortnite was down for roughly seven hours on Wednesday, with the lengthy outage coming after two weeks of server issues.

The online battle royale game, which recently began its Chapter 3 with significant changes to the environment, started posing problems for players logging in and seeking a match around 11 a.m. New York time and game servers remained offline due to “stability issues” until close to 7 p.m., according to Epic’s Fortnite Status Twitter account. Additional issues with logging in to the Epic Games Store were also reported by users, making it impossible for them to play other games on their Epic account, online or offline.

Fortnite had more than 350 million registered users as of May, making it one of the world’s most popular video games. It’s currently running a Winterfest event that rewards players for spending time in the game and completing quests. Among the prizes are a pair of new outfits, including one of a frosty banana, and additional bonus items for Fortnite Crew subscribers.

Demand has been high throughout the period of the event, which kicked off Dec. 16 and runs until Jan. 6. Earlier this month, Epic said it was having trouble distributing its winter gifts to players -- “Sgt. Winter couldn’t keep up with so many guests at once!” the company tweeted -- and there were other periods of downtime for the game.

To mollify players for the disruption and reassure them they won’t miss out on the Winterfest loot, the company said it will provide details next week on how they’ll be able to catch up on lost time.