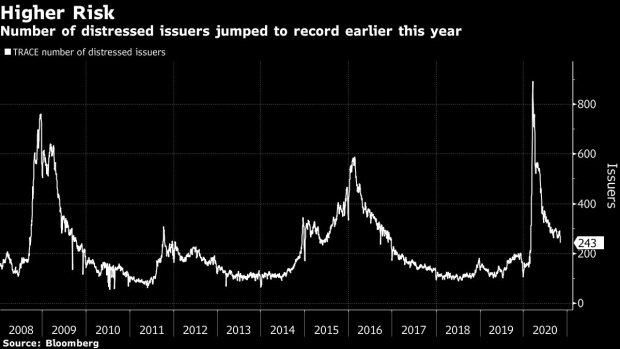 The New York-based investment firm said in a statement that it’s committed for five years in the distressed debt fund, which launched in July. Gropper, an alum of Elliott Management Corp. and Aurelius Capital, worked at Fortress from 2005 to 2008.

The Carronade fund has bought debt from Argentina, Mendoza Province, Ecuador and Mallinckrodt, four key restructurings this year, according to people familiar with the matter, who requested anonymity because the information is private. The seed investment from Fortress boosts Carronade’s total assets under management to more than $160 million, the people said.

“We have first hand experience working with Dan and are confident in his ability to navigate complex distressed investments and reorganization processes,” Pete Briger, co-chief executive officer of Fortress, said in a statement.

Gropper has hired hedge fund veterans including former Aurelius colleagues Ed Baronowski, Sam Gurwitz and Anthony Chiodi as well as Elliott’s Andrew Taylor to his team, which is headquartered in Darien, Connecticut.

Some 243 issuers traded at more than 1,000 basis points over U.S. Treasuries, the benchmark for distressed debt, as of Nov. 9, according to data compiled by Bloomberg. The figure spiked to a record of almost 900 in March.