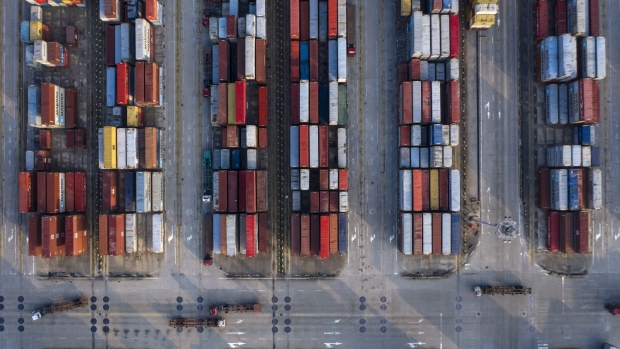 (Bloomberg) -- Fortress Investment Group LLC is exploring a sale of transportation equipment company Trac Intermodal LLC, according to people with knowledge of the matter.

Trac, which describes itself as the largest marine chassis provider in the U.S., could fetch about $1 billion including debt, said one of the people, who asked not to be identified because the matter is private.

Fortress sought to sell the company as recently as 2014 and 2016, according to media reports at the time. Early in 2018, Fortress sold Trac’s domestic chassis fleet to Direct ChassisLink Inc., a chassis rental and leasing firm that was backed by EQT Partners AB. This year, Apollo Global Management acquired a majority stake in Direct ChassisLink, or DCLI, from EQT.

Chassis businesses involving the transportation of containers at ports and other locations have drawn continued interest from private equity and infrastructure investors thanks in part to the perceived stability of revenues.

Fortress is an investment firm owned by SoftBank Group Corp.

To contact the editors responsible for this story: Alan Goldstein at agoldstein5@bloomberg.net, Michael Hytha, Matthew Monks