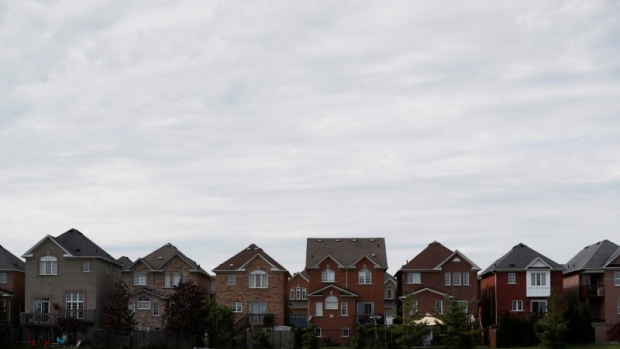 Houses back onto a park in Vaughan, a suburb with an active real estate market, in Toronto , Reuters/Mark Blinch

Four people are facing charges in connection to what the Toronto Police call a case of “sophisticated and complex mortgage fraud” dating back to the Spring of 2013.

Forty-eight-year-old Arash Missaghi of Richmond Hill, 45-year-old Grant Erlick of Toronto, 48-year-old Masumeh Shaer-Valaie of Richmond Hill and 53-year-old Bob Bahram Aziz Beiki of Toronto are scheduled to appear in a Toronto court Tuesday to face a slew of charges alleging they defrauded lenders to the tune of $17 million.

The operation, which Toronto Police dubbed “Project Bridle Path” after a tony neighbourhood in uptown Toronto, was launched five years ago to dig into what the police allege was a fraud involving several high-end properties.

The police allege the quartet falsely introduced individuals and companies as owners of properties, misrepresented mortgages to lenders, and used false insurance certificates in an attempt to lend a veneer of legitimacy to the transactions.

None of the allegations have been proven in court.