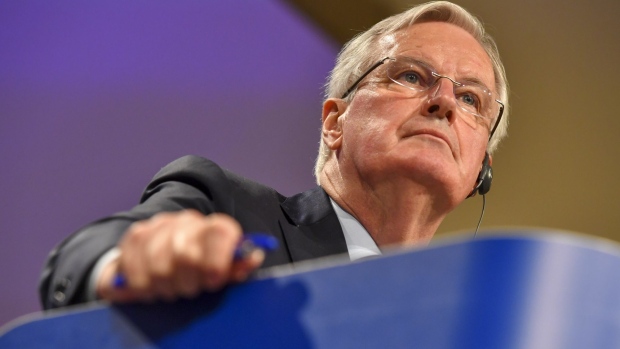 Barnier and another early favorite, regional leader Xavier Bertrand, both lost out in the first round of voting as members of the Republicans on Thursday instead chose the most extreme candidate and one of the moderates to proceed to Saturday’s runoff.

Valerie Pecresse, head of the key region around Paris, and Eric Ciotti, a lawmaker from the Alpes-Maritimes area around Nice who’s often compared to the ultra-right presidential hopeful Eric Zemmour, won. Pecresse got 25% of the votes, while Ciotti got 25.59%.

Some 140,000 card carrying members of the Republicans cast ballots in the closed election. The results of the second round will be announced Saturday afternoon. Whomever wins will enter a crowded field of contenders fighting to unseat Macron, including Zemmour and nationalist leader Marine Le Pen.

France’s main conservative party is fighting to prove it’s still relevant after its 2017 presidential candidate imploded, opening the door to Macron, who campaigned as a centrist but pushed through reforms the right had never been able to.

With polls suggesting the French are increasingly identifying with the right-wing, Republicans now have a potential opening to beat Macron in April 2022, even though surveys show him winning the first round of the election, followed by Le Pen.

Bertrand and Philippe Juvin, a doctor who was also hoping to win Thursday’s primary, immediately said they would vote for Pecresse on Saturday and called on their supporters to do the same. They garnered 22% and 3% of the vote respectively. Barnier, with 24%, also gave her his support. “I think Valerie Pecresse is the best prepared to win the presidential election,” he said on Twitter. “I am supporting her.”

Pecresse left the Republicans in 2019 saying she was against its increasing flirtation with far-right ideas. She has hardened her stance on immigration during the primary. And her experience as government spokesperson and higher education minister under former President Nicolas Sarkozy, as well as budget minister, helped her build a national brand.

By contrast, 56-year-old Ciotti is relatively unknown, and has gone further to the right than any of his four rivals.

He endorses the “Great Replacement” — a controversial theory championed by Zemmour that argues White people are being replaced by non-White immigrants and is used by some to justify violence. Ciotti also backs the idea of giving French nationals priority on jobs, housing and social support.