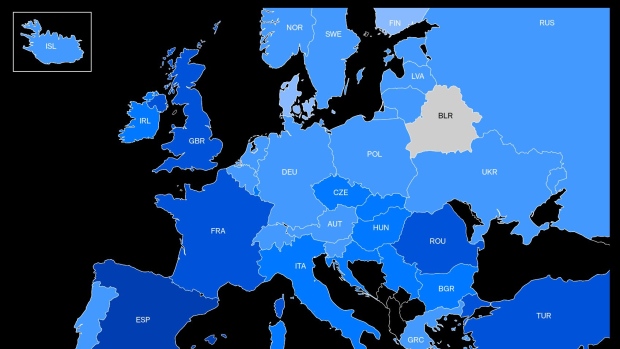 The 750 billion-euro ($890 billion) plan is “not on the right track,” Le Maire said in a Bloomberg Television interview. “If we want a strong economy, we need to invest, and invest right now. The key point is to have a quick EU recovery and have the plan implemented as soon as possible.”

The remarks highlight the mounting concern that the region’s economy is lagging too far behind other industrialized nations, a worry also reflected in comments by European Central Bank policy makers. The EU has already botched its vaccine rollout, leading to extended virus restrictions, and recovery fund spending plans are trudging through convoluted bureaucracy.

Money isn’t scheduled to be handed out until at least June. While not directly comparable, the $1.9 trillion U.S. fiscal package is already being disbursed.

Le Maire noted that the EU’s recovery fund was agreed on by governments last summer.

“I just want to urge all the European member states to come back to the spirit of 2020 and to reignite the impulse that we have been able to give to the European recovery in 2020,” he said. “Let’s come back to this spirit of solidarity, of determination, of willingness to have a quick economic recovery everywhere in Europe.”