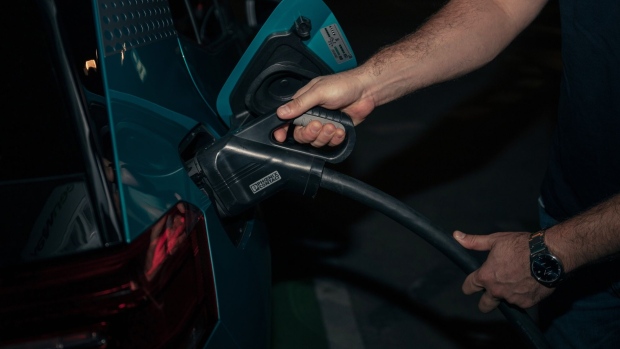 (Bloomberg) -- French Finance Minister Bruno Le Maire said Monday the European Union should consider applying electric-vehicle subsidies to cars built in the bloc, after the US limited its support to North American-made vehicles.

It may be “time to reserve electric vehicle bonuses either for cars produced on European territory or for vehicles that strictly and rigorously meet new environmental standards,” Le Maire told reporters during a briefing on the 2023 budget. “We need to play with the same rules if we want to defend our industries, our jobs and our technology.”

France and Germany, where the electric revolution is making obsolete thousands of jobs in areas like engine and transmission-making, have led the political push over the past few years for developing a local battery-cell industry in a bid to take control of a car part that can make up 40% of an EV’s value.

The French government has been offering subsidies of as much as 6,000 euros ($5,800) for the purchase of EVs costing less than 47,000 euros, with possible additional aid under a cash-for-clunkers program for old combustion-engine vehicles. EVs represented 12% of new car sales in France in the first seven months of 2022.

The bonus for electric vehicles in France will be reduced to 5,000 euros from 6,000 euros as of next year, “but it remains substantial,” Le Maire said during the briefing.

The US has been facing criticism over a new law providing tax breaks for electric vehicles, which says that cars will not be eligible for up to $7,500 in subsidies if critical battery components come from China, Russia and other “foreign entities of concern.” To help consumers, the US administration published a list of model year 2022 and 2023 vehicles it says are likely to meet the bill’s requirement for “final assembly” in North America.

“I think it’s time we start to think about this idea in Europe,” Le Maire said.