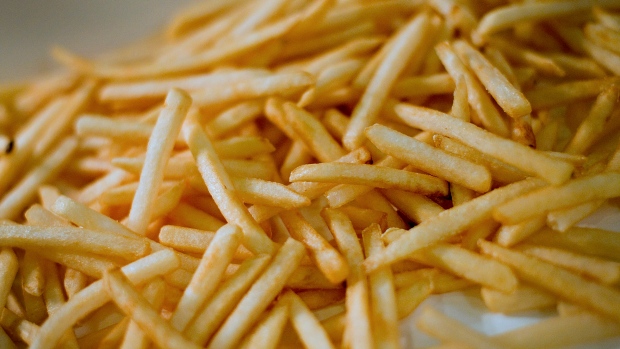 Potato processors are rushing to buy supplies and ship them across North America in order to keep French fries on the menu after cold, wet weather damaged crops in key producers in the U.S. and Canada.

Cool conditions started to hit growing regions in October, lashing potatoes with frost. Farmers in Alberta and Idaho were able to dig up some damaged crops for storage. But growers in Manitoba, North Dakota and Minnesota received snow and rain, forcing them to abandon some supplies in fields.

As the wild weather hurt crops, an increase in fry-processing capacity in Canada has boosted demand. The combination will lead to tight supplies, and it’s likely that potato prices could climb this year across North America, Stephen Nicholson, a senior grains and oilseeds analyst at Rabobank, said in a phone interview. International costs may also rise as the U.S. won’t be able to export as much.

“French fry demand has just been outstanding lately, and so supplies can’t meet the demand,” Travis Blacker, industry-relations director with the Idaho Potato Commission, said in a phone interview. 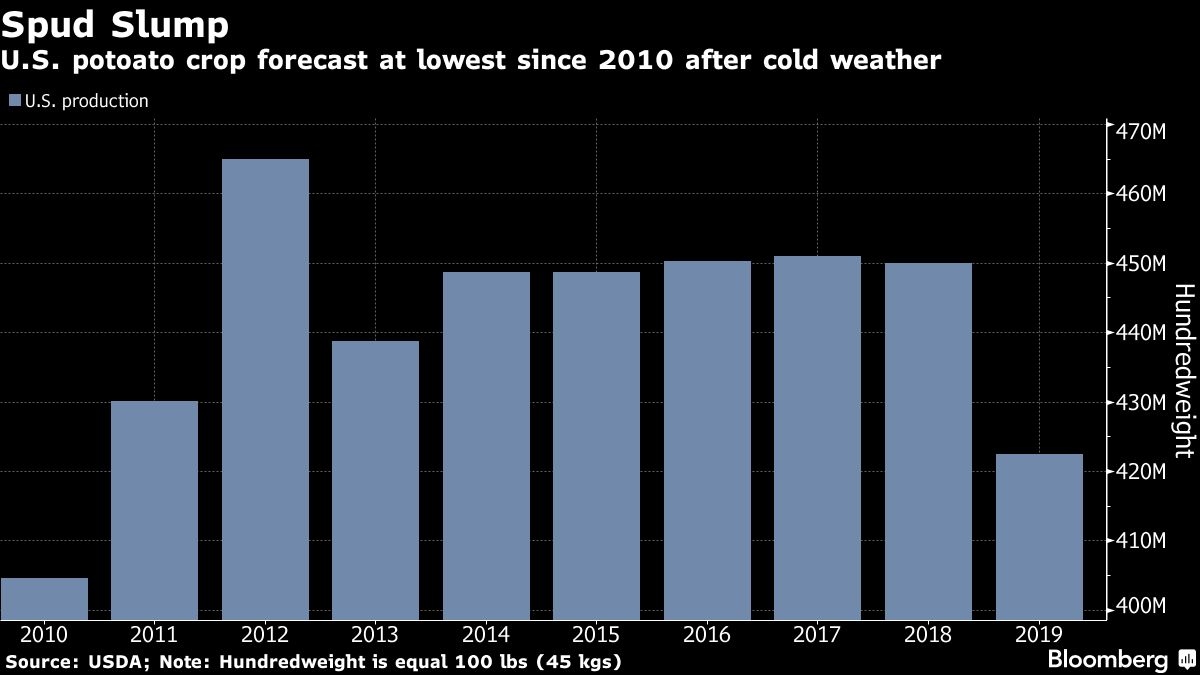 The United Potato Growers of Canada estimates about 12,000 Manitoba acres (about 4,900 hectares), or 18 per cent of the province’s planted area, were left unharvested -- equal to what was abandoned for all of Canada last season. About 6.5% of Alberta’s potatoes are estimated to be frost damaged. Manitoba is the country’s second-largest grower, followed by Alberta. Prince Edward Island is No. 1. The government will issue estimates for the nation’s crop on Dec. 6.

The U.S. Department of Agriculture forecasts domestic output will drop 6.1 per cent this year to the lowest since 2010, the agency said in a Nov. 8 report. In Idaho, the top producer, output is forecast to fall 5.5 per cent.

Part of the problem for processors is the crop damage means potatoes are coming in smaller. French-fry makers usually favor longer spuds.

In Canada, Cavendish Farms recently opened a new processing plant in Lethbridge, Alberta. Thanks to a better harvest on the country’s East Coast, the company isn’t expecting any customer shortages at this time, Mary Keith, a spokeswoman, said by email.

“It’s a manageable situation,” Kevin MacIsaac, general manager of the United Potato Growers of Canada, said in a phone interview. “Potatoes are going to have to move from one channel to another that they sometimes don’t move in a normal year.”