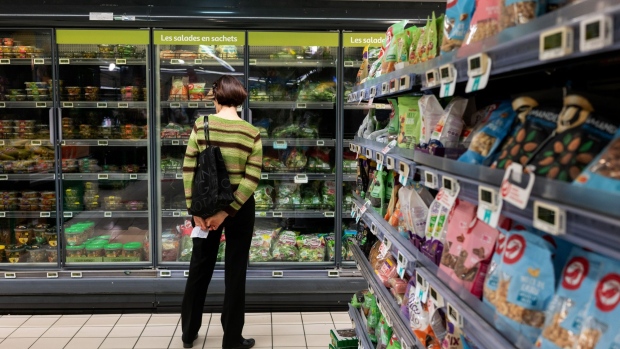 Consumer prices in France advanced 6.2% from a year ago in September. , Bloomberg

(Bloomberg) -- French inflation unexpectedly slowed, part of a diverging price picture among the continent’s top economies as the European Central Bank decides whether to deliver another steep hike in interest rates.

Consumer prices in the euro area’s second-largest economy advanced 6.2% from a year ago in September -- down from 6.6% in August. Economists had estimated inflation held steady.

The French data follow a surprise slowdown in Spain. But there was were big jumps in Germany and the Netherlands, where prices surged 17.1%. Numbers for the 19-nation euro area are due later Friday and are likely to show an acceleration to an all-time high of 9.7%.

The readings are key to determining whether the ECB will repeat this month’s historic 75 basis-point rate increase. September’s inflation data are the last before the next scheduled monetary-policy decision on Oct. 27.

Bank of France Governor Francois Villeroy de Galhau has said the ECB must act in a determined but orderly way to combat price gains that are broadening beyond energy prices and becoming increasingly domestic-driven.

The inflation numbers from statistics agency Insee on Friday showed a slowdown in energy and services, while food costs accelerated.

A separate report from Insee on Friday showed consumer spending was unchanged in August from July as a rise in outlays for manufactured goods offset a decline in food spending on food.