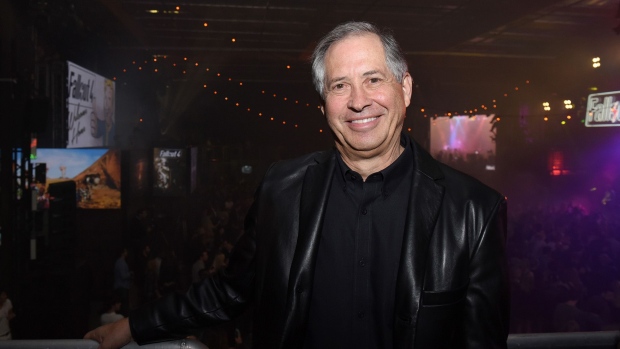 (Bloomberg) -- Video-game trade shows aren’t known for dispensing high-end whisky, but there it was at the Bethesda Softworks exhibit: $100 bottles of Glenmorangie, flowing freely.

Michael Pachter, an analyst at Wedbush Securities Inc., was in attendance that day several years ago and asked a staffer what was behind the top-shelf booze. The company’s chief executive officer, Robert A. Altman, had specifically requested the 18-year-old spirit, he was told, saying he’d never offer a guest something he wouldn’t consume himself.

That, according to Pachter, is one of the keys to Bethesda’s success. “You spend extra money just to be classy,” he said.

This week, Bethesda and its parent company, ZeniMax Media Inc., agreed to be acquired by Microsoft Corp. for $7.5 billion in cash. The deal gives Microsoft new game titles as it prepares to launch the next generation of Xbox consoles. It gives, Altman, 73, and Bethesda’s founder, computer-science professor Christopher Weaver, 69, a huge payday. Each owned about 30% of the business, according to a 2007 court filing, although their stakes have been diluted somewhat by subsequent capital raises.

Altman declined to comment, but he seemed to agree with Pachter’s assessment in a video interview posted online last year.

“We are generally considered the company who creates the highest quality games,” Altman said. “As a result we have an enormous fan base around the world.”

For the executive, it’s been a journey worthy of its own video game. Along the way the former high-powered Washington lawyer married “Wonder Woman” star Lynda Carter, fought off charges in one of the biggest financial scandals of the 1990s and packed his board with a cast that included Hollywood producer Jerry Bruckheimer, baseball great Cal Ripken Jr. and former CBS Corp. CEO Les Moonves.

“Robert’s always been known for his preparation,” said Harry Sloan, a longtime friend and ZeniMax board member. “When you’re a lawyer, you have to put together a case. That’s what he did for video games.”

Altman seemed destined for a career in law. His father founded the Washington firm of Krooth & Altman. The younger Altman practiced on his own with Clark Clifford, a former defense secretary under Lyndon Johnson and a longtime Democratic presidential adviser.

The pair were indicted in 1992 on charges of trying to defraud regulators in connection with the U.S. investments of Bank of Credit & Commerce International, a Luxembourg-based financial institution that authorities claimed was laundering money overseas. Altman was acquitted in a jury trial the following year. Clifford, given his advanced age, didn’t stand trial. The two agreed to forfeit $5 million in 1998 to settle charges brought by the Federal Reserve in connection with the matter.

Bethesda Softworks was founded by Weaver, who used his programming skills to create a computer football game, Gridiron!, in 1986. Intrigued by the possibilities for merging entertainment and technology, Altman teamed up with Weaver in 1999.

One early investor was Robert Trump, the president’s brother and a longtime friend of the Altmans.

Altman and Weaver’s relationship soured, however, in part because Weaver, who was chief technology officer, wanted to continue teaching at the Massachusetts Institute of Technology, where he still lectures today. Weaver, who left the company, sued ZeniMax in 2002 to get a severance. In the course of the litigation, Weaver said he would sneak in after hours and read his colleague’s work emails, according to a summary of the case.

Weaver calls his time at ZeniMax “a chapter” and said he thinks of himself foremost as an educator. “It’s truly an avocation,” he said in an interview. “You do it because you love it, not because you make oodles on it.” He declined to specify the size of his stake in the business.

A turning point for ZeniMax came in 2007 when Providence Equity Partners invested $300 million in the business. The video-game company then had a single office and one major franchise, Elder Scrolls, a role-playing fantasy title involving dungeons, scantily-clad women and medieval combat. Actress Carter voiced several of the game’s characters, like dragon-slaying warrior, Gormlaith Golden-Hilt.

With the cash, ZeniMax acquired Id Software, an early creator of first-person shooter titles such as Doom, Quake and Wolfenstein, in 2009. The following year it bought Arkane Studios, which developed Dishonored, an action-adventure game. Providence put in an additional $150 million.

It didn’t always go smoothly. John Carmack, the Id co-founder and a legend in video-game circles, left to join Oculus, a virtual-reality startup later acquired by Facebook Inc. ZeniMax sued, saying he’d stolen intellectual property and the company won $500 million from Facebook in a jury trial in 2017. The amount was later halved by the judge and the companies settled.

“Great!” Carmack said on Twitter this week after the sale of ZeniMax was announced. “I think Microsoft has been a good parent company for gaming IPs, and they don’t have a grudge against me, so maybe I will be able to re-engage with some of my old titles.”

Carmack and Weaver aside, ZeniMax has mostly been able to hang on to its top talent. Todd Howard, the chief software engineer, joined Bethesda in 1994.

Weaver said many of the people he hired 30-odd years ago remain with Bethesda today. Microsoft “already had a bench with some pretty good players,” he said. “Overnight, they’ve dramatically increased the depth of their bench.”

Bethesda’s game sales have fluctuated with the timing of its big releases. Fallout 76, the latest in a series based on life after nuclear war, disappointed critics in 2018. The company had no games among last year’s top 20 sellers, according to data from NPD Group.

But much like in Hollywood, franchises such as Fallout and Elder Scrolls remain valuable, as consumers continue to play them online and purchase updates and items within the games. As industry valuations rose, Altman considered selling ZeniMax for several years and at one point was close to a deal with rival Electronic Arts Inc.

In the end, he found the perfect choice: a classy operator at a fancy price.