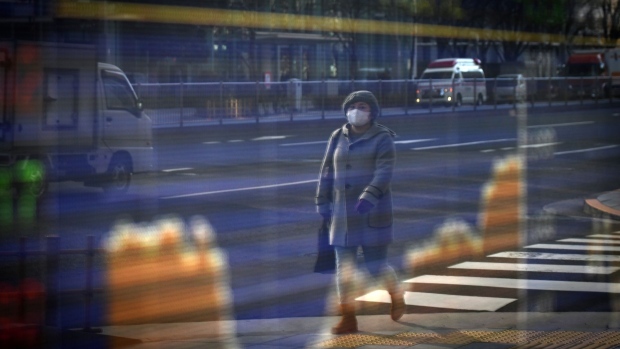 A pedestrian wearing a protective mask is reflected in an electronic stock board outside a securities firm in Tokyo, Japan, on Monday, Jan. 4, 2021. , Bloomberg

Reasonable people can argue about whether the broader stock market is overheating. But in certain corners of the equity universe where tiny investors dominate, it’s hard to say everything is going normally.

Fact: shortly before 1 p.m. New York time Thursday, there were six penny stocks posting daily gains of at least 9,900 per cent. Off-exchange venues where unlisted equities trade had seen about 38 billion shares change hands, up sevenfold from the average a year ago.

Ascribe it to what you want: a boom in retail trading triggered by injections of government cash, stay-at-home orders and commission-free brokerages, maybe even the buy-low approach on steroids. More than 1 trillion shares changed hands in December over lightly regulated quotation systems run by firms like OTC Markets.

In a note titled “This Is Ludicrous,” Bespoke Investment Group summed up the recent action. It cited 59 U.S.-listed stocks that are trading at prices that are more than 10 times sales and have more than doubled in the past three months. Stocks currently in that category have risen 760 per cent since March and have a combined market capitalization of $320 billion, according to George Pearkes, global macro strategist at the firm. 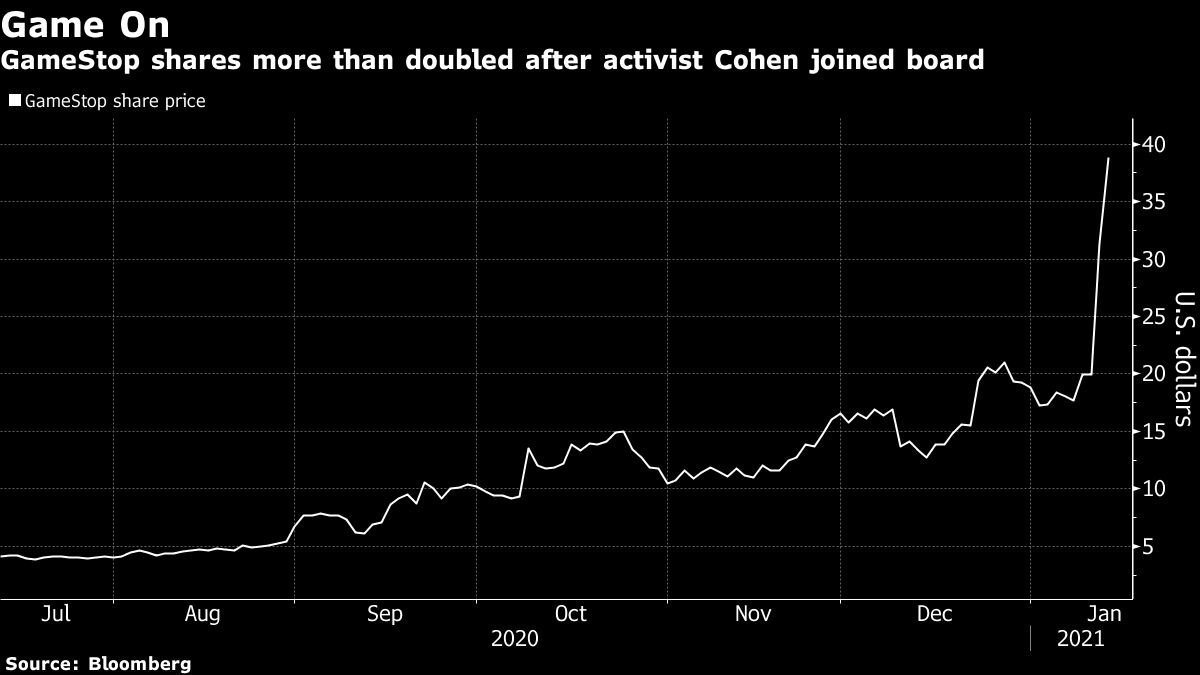 “There are an awfully large number of stocks that have both exploded higher and trade at a ‘that can’t be real’ multiple,” Pearkes wrote. “There are almost always a few names in this bucket, but over the last few months this number has exploded up to 59 at the moment.”

Among larger companies, startling moves are becoming commonplace -- although at least there’s usually a kernel of news driving the swings.

GameStop Corp., a stock day traders have been obsessed with for months but one that’s rated “buy” by only one of eight analysts who cover it, has doubled over the past two days after activist investor and Chewy Inc. co-founder Ryan Cohen joined its board.

The market for initial public offerings has also turned into a venue dominated by exuberance. Affirm Holdings Inc. almost doubled in its public market debut yesterday, the latest multibillion-dollar technology company to start trading significantly higher than its initial public offering price. It was up another 42 per cent at its highest point Thursday.

While not a stock, Bitcoin has become a thermometer for high spirits. It surged its way back above $40,000 once again after suffering a mini crash at the start of the week. The cryptocurrency is up 36 per cent since the end of December in its best start to a year since 2012. Crypto-linked stocks also gained Thursday, with both MicroStrategy Inc. and Riot Blockchain Inc. each adding 18 per cent.

The price action dovetails with other signs of excessive bullishness in the market, including investor surveys and signals from the options market. All of it is making investors nervous about a potential sharp reversal in sentiment.

For anyone betting on declines in stocks, it’s been brutal. A Goldman Sachs Group Inc. basket of stocks with the highest short interest rose 4.7 per cent Thursday. Over the last nine days, the gauge is up close to 20 per cent, the steepest run since April, when stocks were emerging from the COVID-19 bear market.

“There is excessive exuberance, there’s no question about that,” Barry James, portfolio manager at James Investment Research, said in an interview. “From put/call volume to the sentiment readings from different folks, a lot of those are in somewhat dangerous territory. It’s not the rise in bullishness that signals a problem, it’s when it’s risen to high levels and starts to reverse because that gives it that long decline off the mountain.”