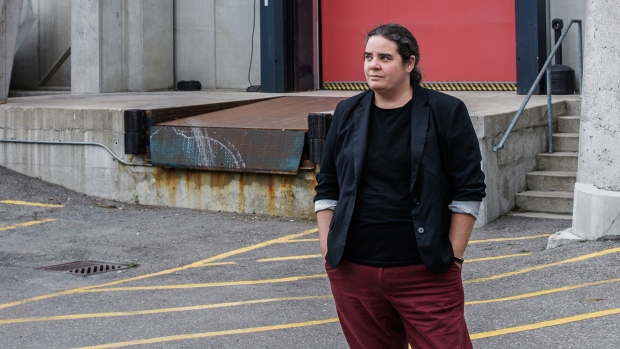 Nanci MacLean took a job managing petty cash for a Canadian television network to get her foot in the door of the entertainment world, thinking one day she’d like to be Madonna’s personal assistant. She probably wasn’t thinking big enough.

Two decades later, MacLean, 43, is overseeing a massive expansion of Pinewood Toronto Studios for a unit of Canada’s biggest telecom company, BCE Inc. Set on 33 acres on the city’s waterfront, the studio already houses one of North America’s largest purpose-built sound stages, used to shoot movies from “Suicide Squad” to Stephen King’s “It.”

The expansion will boost Pinewood Toronto’s space almost 70 per cent to 420,000 square feet (39,000 square meters) and is part of MacLean’s push to tap surging demand for film facilities in a city that already seems like one giant movie set. Production in Toronto is booming amid growing thirst for content from streamers such as Netflix Inc., which will alone increase program spending by more than a third to US$8 billion this year. On Thursday, a movie distributed by the video-streaming service, the “Outlaw King,” will open the Toronto International Film Festival for the first time.

“Pinewood is basically sold out,” MacLean said in an interview at Bloomberg’s Toronto office. MacLean is president of Pinewood Toronto and vice-president of Bell Media Studios, where she’s responsible for all in-house production. “It operates at like 92 per cent capacity and we’re getting into a lot of long-term deals.”

Hollywood movie-makers are attracted to Canada’s cheaper currency, skilled workforce, generous subsidies, post-production prowess, and studios close to downtown streets that can double for more expensive metropolises like New York. TV and film production jumped 10 per cent to a record $2.98 billion in Ontario in the year through March 2017, and 42 per cent to $2.99 billion in British Columbia, according to the Canadian Media Producers Association.

Bell Media acquired a majority stake in Pinewood Toronto from investors including pension fund ROI Investment for an undisclosed sum in May. The studio will keep the Pinewood brand; that company has been making movies near London for more than 80 years, including the James Bond franchise. The other co-owners of Pinewood Toronto are Paul Bronfman’s entertainment company Comweb Studio Holdings, the City of Toronto and real estate company Castlepoint NUMA.

MacLean declined to say how much money will be spent on the expansion, which is still in the planning stages and could include on-site access to post-production and digital services.

On a rare tour of the studio earlier this month, trucks and trailers were parked in a circle-the-wagons formation outside stage doors to prevent glimpses of stars or sets inside. Outside the “Mega Stage,” a noise-proof cavern close to the size of a football field, it was befittingly quiet.

One filmmaker known to frequent Pinewood Toronto is Oscar-winning director Guillermo del Toro, who built the entire house for the movie “Crimson Peak” inside the studio’s giant hangar and shot the creepy horror flick “Mama” there.

MacLean’s ambitions for Pinewood Toronto echo her own rise through the industry. She’s had no formal training in business, having studied theatre, but quickly climbed the ranks of Bell Media. She’s co-created several Canadian TV blockbusters including “The Social” and “Your Morning,” and currently oversees some 350 employees who churn out more than 1,700 hours of television annually.

The Pinewood Toronto acquisition could allow BCE to further increase content amid cord-cutting in its traditional television and phone business, a trend telcos around the world are facing -- witness AT&T Inc.’s recent purchase of Time Warner Inc., which includes HBO, Turner Broadcasting and Warner Bros. studios.

For MacLean, “content is king no matter what platform it lives on.” While Bell Media could eventually use some of the Pinewood Toronto space and be involved in co-productions, much of it will be rented out to third-parties, she said.

As for her own production ambitions, MacLean said so-called format shows like the “Amazing Race” and “So You Think You Can Dance,” which are tailored for individual countries, are where the gold is. Bell Media formats include “The Launch,” a show where undiscovered artists are matched with renowned hit makers to work on songs, and an upcoming show called “Disasters at Sea,” which includes recreations of major marine catastrophes filmed in a water tank.

“We don’t always need our American counterparts to come here and make it and then sell it,” MacLean said. “With the success of a lot of our Canadian content, we’re now making the international deals.”

Then there’s her labour of love -- a new scripted drama the likes of which are burning up the charts at Netflix and Hulu -- which would be a first for MacLean.

“It’s all in my own head right now, but I’d really like to get this done,” she said.