This was supposed to be a blowout year for Canadian equities, benefiting from soaring commodity prices and a forceful post-pandemic rebound in consumer spending. Instead, the country’s benchmark index is slumping amid the global stock selloff, though not as badly as its US counterpart.

The S&P/TSX Composite Index declined 11 per cent in the first half of 2022 as recession fears weighed on the value-heavy market, outperforming the S&P 500 Index, which fell 21 per cent. Underscoring the market effects of inflation, Suncor Energy, one of Canada’s largest energy companies, soared 43 per cent, while Shopify Inc. plunged, losing more than $170 billion in market capitalization.

Here’s a look at some of the standout stock movers of the first half: 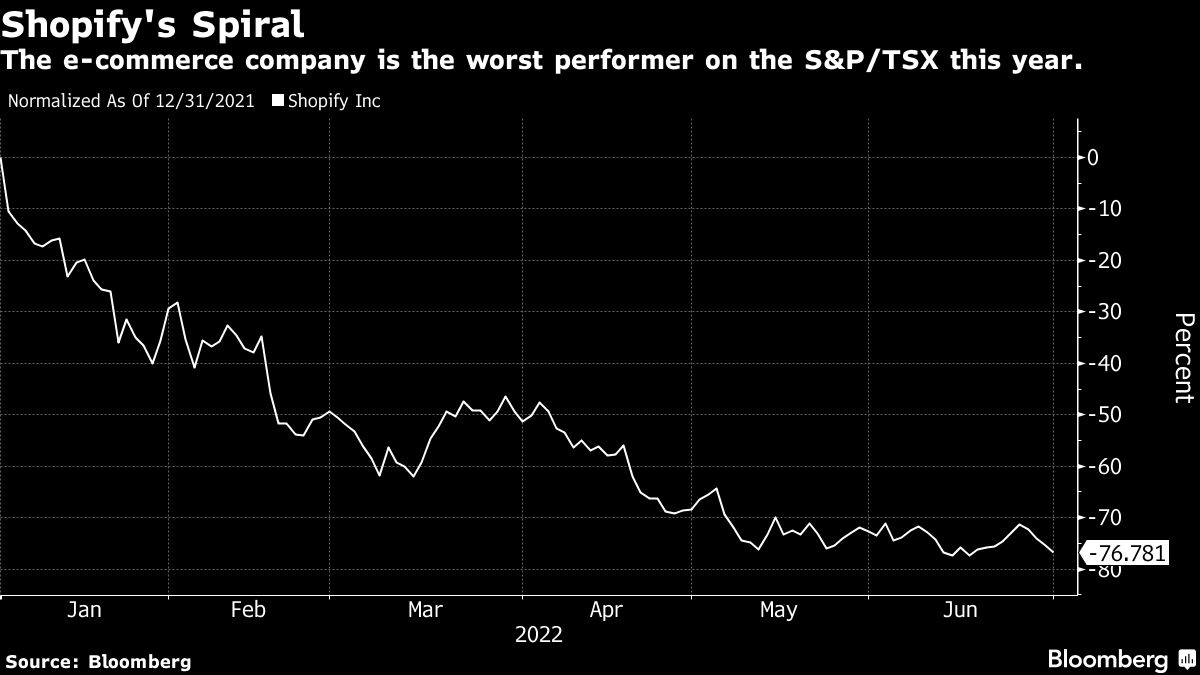 Once Canada’s most valuable publicly traded company, Shopify has sunk 77 per cent this year amid a broad selloff in technology stocks and slowing e-commerce traffic. The tumble makes the beleaguered stock and the S&P/TSX Information Technology Sector Index the market’s worst performers. Even Shopify’s 10-for-1 stock split on Wednesday wasn’t enough to drum up investor interest, with the share price falling on the news.

Nine of the top 10 performers on the S&P/TSX are energy stocks, with Spartan Delta Corp. and Athabasca Oil Corp. leading gains with 109 per cent and 107 per cent increases respectively. 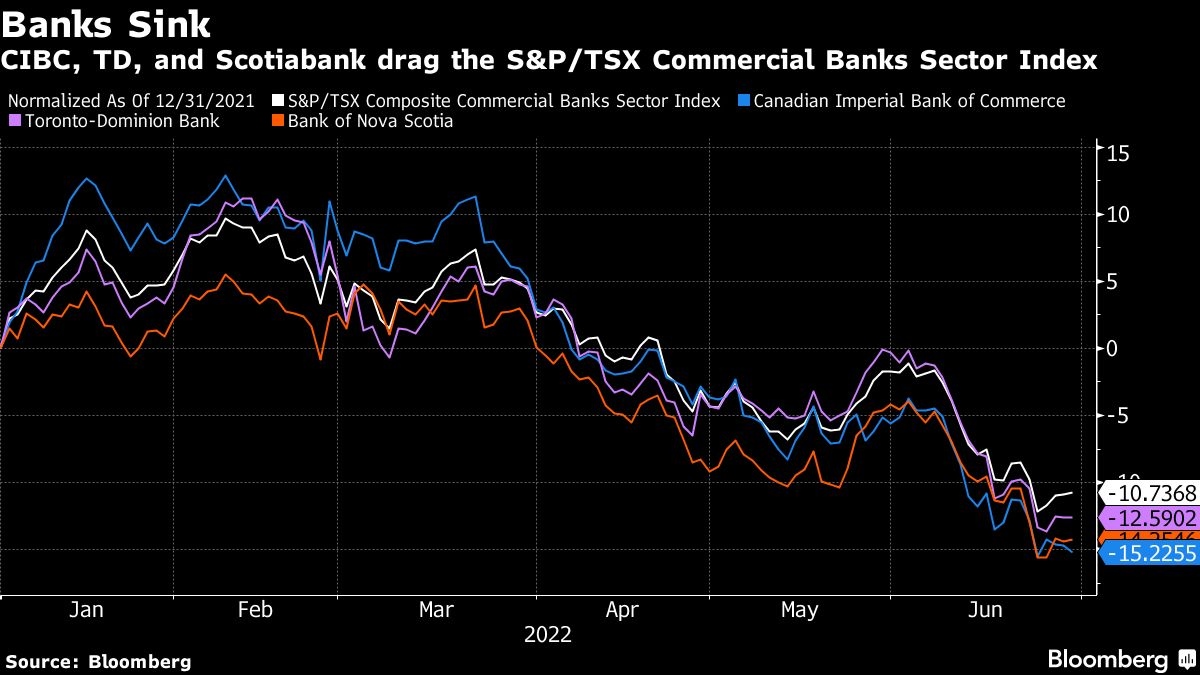 Meanwhile, financial stocks have spiraled as rising interest rates and record inflation spook investors. Banks and insurers, which make up nearly one-third of the broader market, have weighed on the benchmark.

Canada’s largest lenders were down 20 per cent last week from their record high in February and have continued to hover near that territory. If a recession ravages markets, heavyweight financials could take another chunk out of the index. Canadian Imperial Bank of Commerce, Bank of Nova Scotia and Toronto Dominion Bank led the losses, all falling more than 12 per cent in the first half. 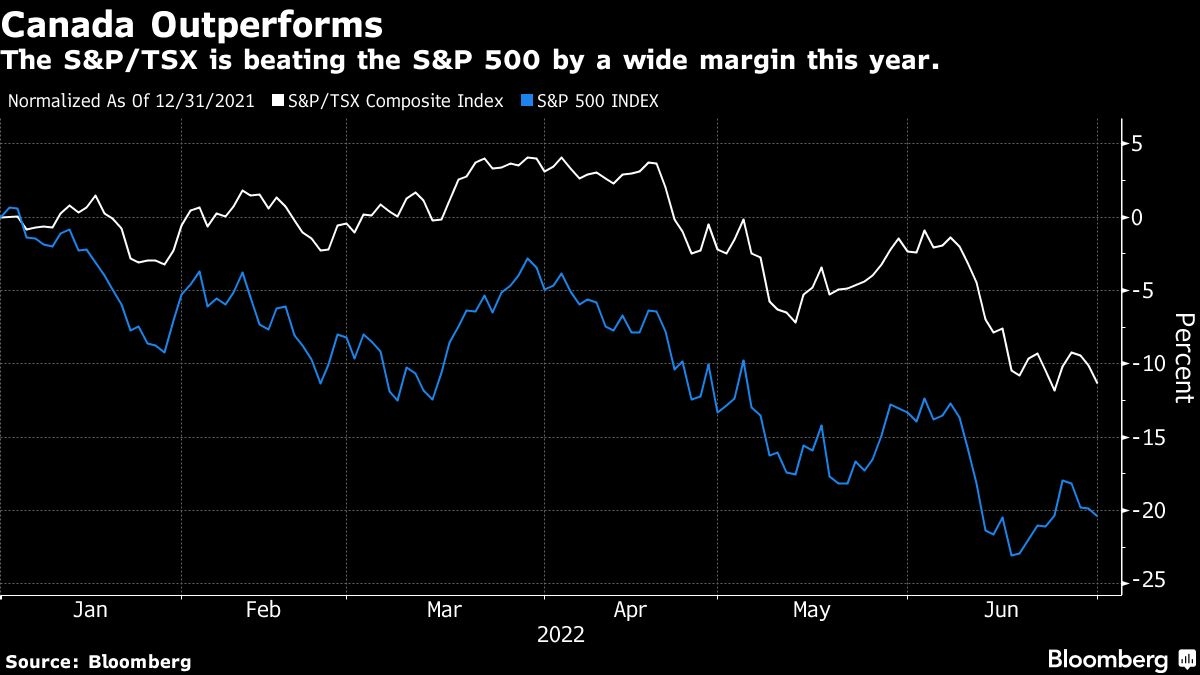 The Canadian market started off the year strong, climbing as investors pivoted away from growth stocks toward value. As recession fears set in, the benchmark has descended further into the red while maintaining its outperformance over US equities.

The S&P/TSX has handily beat the S&P 500 Index this year, and many market strategists expect the index to end the year by outperforming its US counterpart for the first time since 2016 -- so long as the economy avoids a downturn into a recession and oil demand remains high.