Trump Raises Tariffs as China Vows to Strike Back

As the clock ticks one minute past midnight into Friday, many of the items in American homes may get costlier — again.

The U.S. has threatened to boost tariffs on US$200 billion of Chinese imports to 25 per cent from 10 per cent as the tit-for-tat trade war rages on, including everyday consumer items in garages and refrigerators. For some of these, over nine out of every 10 purchased by American shoppers are Chinese-made.

The list of consumer items that China has a near stranglehold on includes dog leashes, of which eight of every 10 bought by American shoppers are from China. (President Donald Trump is the first U.S. president in about 120 years not to own a dog in the White House.) Bicycles and vacuum cleaners will get more expensive too. 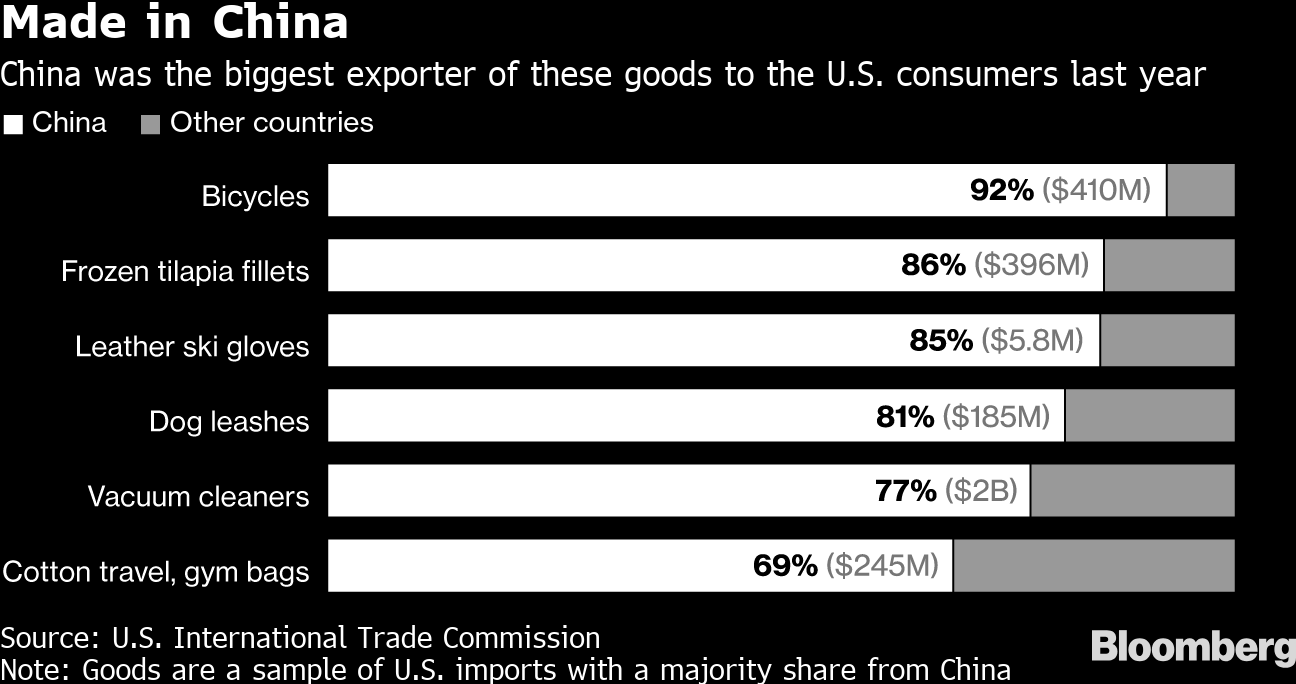 Studies have shown that tariffs are being borne more by Americans than the Chinese and that looks set to continue, especially if you’re a sushi lover — frozen tilapia fillets and the umami-loaded condiment soy sauce are on the list — or an avid skier. Not just your gloves, but the suitcase you pack for the Whistler trip is on the list too.

Even as global markets are roiled by Trump’s Twitter tariff tactics and American consumers prepare to pay more, Chinese manufacturers and exporters seem to have become battle hardy.

“People are feeling numb as the trade talks keep changing tone,” said Ben Chu, an entrepreneur who conducts negotiation lessons for Chinese businesses. “Manufacturers have either shifted their focus to orders from other countries, or have negotiated a fair price with the U.S. clients to defy the upcoming tariff.”

With assistance from Chloe Whiteaker