The upbeat picture painted by this past week’s blowout bank earnings heralded a promising earnings season. Too bad other industries didn’t get the memo.

In the same week the five biggest U.S. lenders raked in over US$30 billion in earnings for the first time, others around the globe left investors wondering how the bottom fell out so fast. Netflix Inc. sunk the most in three years amid a surprise drop in U.S. customers, while online retailer Asos Plc plunged after issuing another profit warning. Meanwhile, one-time earnings bellwether Alcoa Corp. beat on profit -- but also cut its forecast for global aluminum demand, adding to concerns that trade frictions are eroding the outlook for the industrial metal.

This week, a range of high-profile companies report results, from tech titan Amazon.com Inc. and embattled aircraft maker Boeing Co. to burger behemoth McDonald’s Corp. and electric-car maker Tesla Inc. The earnings will offer a glimpse into every major sector of the economy, and Wall Street will be watching for signals like reduced hiring expectations, stalled capital expenses or consumers’ waning willingness to accept price hikes.

With stock markets trending near record highs but recession risks on the rise, the second quarter could be yet another notch in the longest bull market in history -- or the beginning of its end.

Here’s a look at what we’re watching:

Automaker earnings may show how much the one-two punch of slowing sales and massive technological disruptions are impacting the industry’s bottom line.

Those challenges have forced Ford Motor Co. and Volkswagen AG further into one another’s arms. After extending an alliance to include joint work on electric and autonomous vehicles, they’re expected to report stagnant or shrinking revenue. Daimler AG will put out finalized results weeks after the Mercedes-Benz maker posted a preliminary loss along with its fourth profit warning in just over a year. And analysts are projecting another unprofitable quarter for Tesla, which is blowing its battery-powered rivals out of the water but is still struggling to make money.

The challenges extend to Asia, too. Nissan Motor Co. is set to give more details about restructuring efforts including potential job cuts as it tries to revive profitability that’s at a decade low. Jaguar Land Rover’s Indian owner Tata Motors Ltd. is also under pressure to show its cost-cut efforts are bearing fruit as it’s hit with hurdles from Brexit, a slowdown in China and flagging demand for diesel vehicles.

If sales slow at McDonald’s, Starbucks Corp. or Chipotle Mexican Grill Inc., it will be a sign that consumers are cutting back on spending and eating out less. Higher labor and commodity costs have also forced restaurants to raise prices to maintain margins, and diners might balk at the idea of paying more for coffee and guacamole-stuffed burritos.

Higher prices in recent quarters have benefited Starbucks as well as beverage makers Coca-Cola Co. and PepsiCo Inc. At Anheuser-Busch InBev, which just sold its Australian beer assets, investors will listen for any signs an IPO for the rest of its Asian business could be back on the table.

China, meanwhile, will be the focus when European luxury conglomerates LVMH and Kering SA report results. The health of sales in that region will be scrutinized after showing surprising resilience in recent quarters, despite an ongoing trade war with the U.S. and the nation’s economic slowdown. Hong Kong protests, meanwhile, are hurting luxury spending at companies such as Richemont and Swatch Group AG. 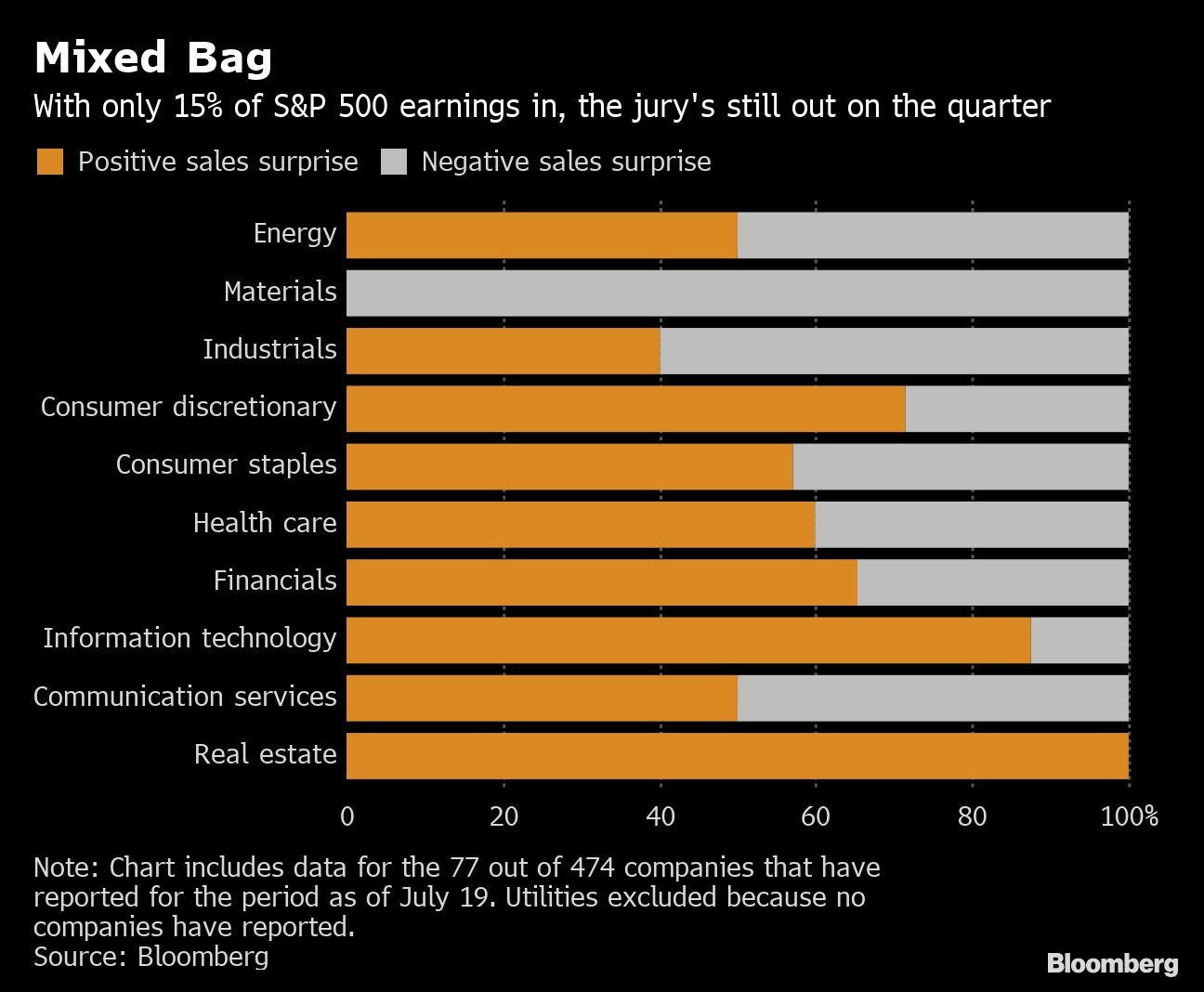 AT&T Inc. and Comcast Corp. can’t wait to enter the battle against Netflix and Walt Disney Co.’s Hulu for streaming-video viewers, but they have to contend with the continued decline of their legacy businesses first. As consumers flee traditional cable packages in favor of services like Netflix, AT&T and Comcast are expected to lose television customers, so investors will watch for signs that broadband subscriber growth can offset those declines.

With casino companies including Las Vegas Sands Corp. and MGM Resorts International and their Asia subsidiaries reporting, investors will be on the lookout for any impact from China’s economic weakness.

The future of the 737 Max will be in focus when we hear from Boeing, which plans to report a $4.9 billion accounting charge related to its beleaguered jetliner. Southwest Airlines Co. and American Airlines Group Inc. have already removed the Max from their flight schedules through early November. Southwest is the model’s biggest operator while American is the world’s largest airline, and both carriers are sure to field questions about the Boeing crisis on their conference calls with analysts this week.

Another company on the hot seat is aerospace-parts giant United Technologies Corp., whose merger agreement with Raytheon Co. has drawn fire from activist investors Dan Loeb and Bill Ackman. Investors in Caterpillar Inc., meanwhile, will look for more clarity on global demand for the company’s iconic machines in the second half of the year.

Tech investors have a lot of information heading their way, with Facebook Inc., Alphabet Inc., Intel Corp. and Twitter Inc. all reporting. Their main question is whether those firms can keep revenue climbing amid the U.S.-China trade war and signs of slowing economic growth. There’s also mounting regulatory pressure on the sector around antitrust and privacy concerns. One player that’s avoided the recent scrutiny is Microsoft Corp., whose quarterly profit just topped estimates on the strength of its cloud-computing business.

For hardware companies like Texas Instruments Inc. and Intel, the focus will be on the loss of market share in China as the companies grapple with a ban on exports to Huawei Technologies Co., a key customer.

Amazon’s Prime Day got scads of attention last week, but it won’t be reflected in the company’s upcoming results. Investors in the e-commerce giant will be paying close attention to the fast-growing advertising and cloud business units.

Europe’s banks are expected to trail their U.S. peers for yet another quarter as global trade tensions continue to weigh on client activity. And unlike American banks, the Europeans don’t have a healthy stream of income from lending to fall back on due to negative interest rates.

Deutsche Bank AG has already announced a loss for the quarter as it embarks on massive cutbacks, and investors will press for more details. France’s BNP Paribas SA has agreed to take on Deutsche’s hedge-fund and electronic-trading clients, but the integration is proving difficult and BNP will have to show progress in turning its own stocks trading unit around following embarrassing losses last year.

Finally, Credit Suisse Group AG will have to answer questions about the surprise exit of a key wealth management executive who was seen as a potential successor to CEO Tidjane Thiam.