From London to Sydney and Beijing to New York, house prices in some of the world’s most sought-after cities are heading south.

Tax changes to damp demand, values out of kilter with affordability and tougher lending standards have combined to undermine the market. That could have wider implications because the world’s wealthy have been buying homes on multiple continents, meaning a downturn in one country could now pose more of a threat to markets elsewhere, according to the International Monetary Fund.

These charts explain the cracks appearing in some of the world’s most exclusive and desirable property markets.

Prices in the U.K. capital are starting to fall as fears about the impact of Brexit, a slowing economy and high prices damp demand. Sales volumes are down and more properties are being offered for sale as sentiment turns. Properties in central London’s best districts have fallen almost 18 per cent since their peak in 2014, with some homes losing as much as a third of their value, according to research by Savills Plc. At the same time developers began work on a record number of pricey apartments, creating a glut of multimillion-pound penthouses in a city with a chronic shortage of affordable housing. 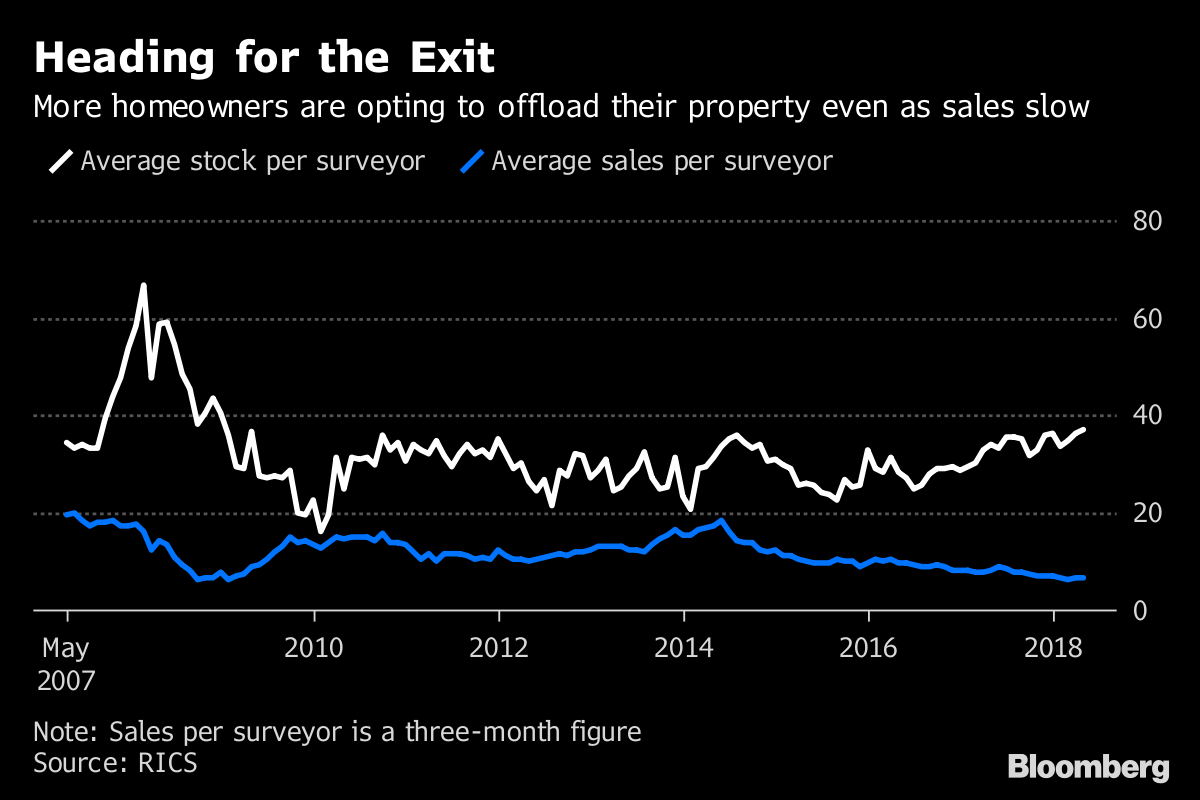 China’s clampdown on overheated property prices has frozen sales and left values in a downtrend. More than 30 restrictions, from buying thresholds to mortgage curbs, helped send sales by area to a historical low this year. New homes are now being offered for less than existing homes by some developers who faced heavy financing constraints. There are further headwinds ahead — the city wants to increase rental supply, affordable housing and government-subsidized property, prompting some would-be buyers to defer purchases.

Sydney: the End of FOMO

Home prices in Australia’s biggest city are slumping due to a combination of credit curbs, stretched affordability and the end of the “fear of missing out.” Alarmed that lending standards were eroding in the rush for market share, regulators have progressively clamped down on riskier lending— such as interest-only mortgages —and made the banks toughen-up previously lax expense and income verification. That’s made credit harder to come by, particularly for investors who had been driving the market. With prices already the second-most expensive in the world compared to incomes, according to Demographia, affordability constraints are also biting. 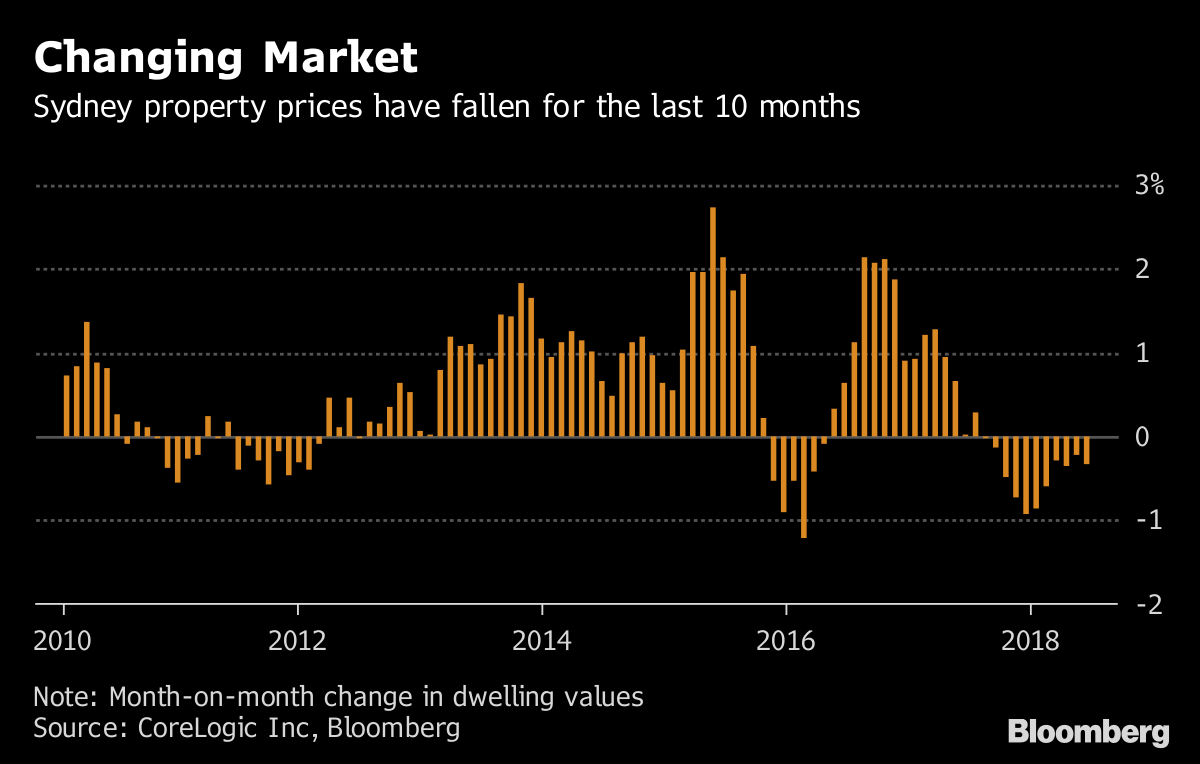 Home sales in New York’s most expensive borough have been falling for three straight quarters, allowing buyers to be picky as inventory rises and fears grow that prices climbed too high, too fast. There were almost 7,000 apartments on the market at the end of the second quarter, 11 per cent more than a year earlier. Sales fell 17 per cent to just over 2,600. Developers are still pumping newly built luxury units onto the sales market: 4,600 new apartments are expected to be listed across the borough this year. The upshot is falling prices: the median value of a home that sold in the three months through June slid 7.5 per cent to US$1.1 million.

Toronto shows that house prices can quickly bounce back after a fall, but there could be problems ahead in the form of escalating trade tensions with the U.S. and the possibility of further interest rate hikes. Home prices have now recovered a large chunk of the decline from their peak in April of last year. Demand continues to outpace supply despite the government’s efforts to deter speculative buying. 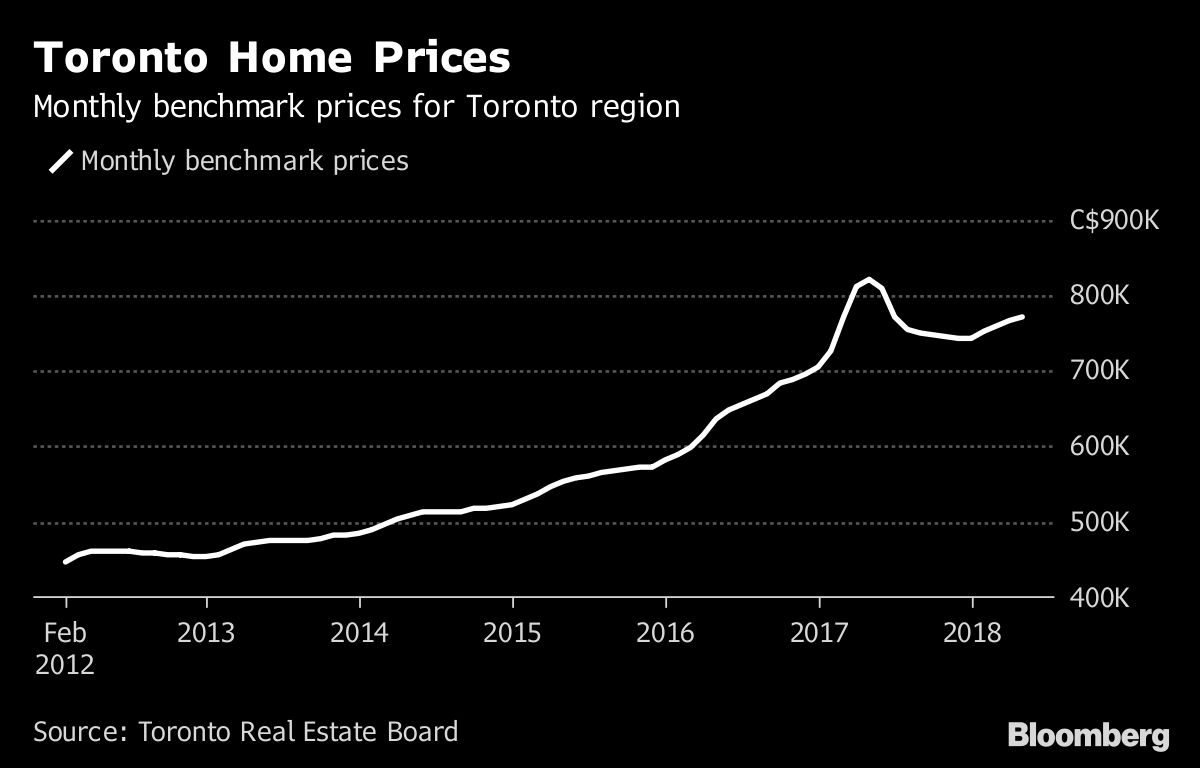 —By Lucy Meakin and Jack Sidders in London, Emily Cadman in Sydney, Emma Dong in Shanghai, Oshrat Carmiel in New York and Natalie Wong in Toronto