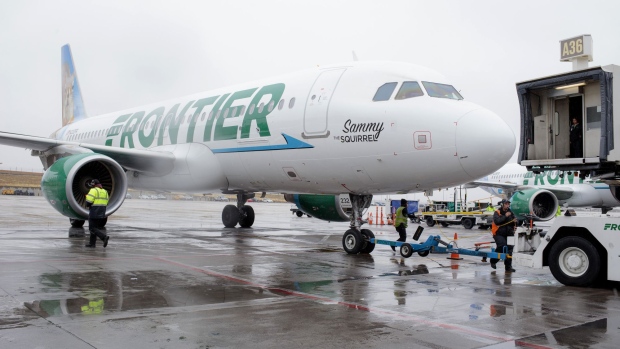 (Bloomberg) -- Frontier Group Holdings Inc. plans to price its initial public offering at $19 to $21 a share, raising as much as $315 million in common stock amid hopes for a recovery in airline travel.

The offering consists of 15 million shares of common stock and 15 million shares to be sold by existing stockholders, the Denver-based company said in a statement Tuesday. The stock is expected to list on the Nasdaq stock market, under the ticker symbol ULCC.

The budget carrier, operating as Frontier Airlines, is banking on pent-up demand for leisure trips after an unprecedented collapse last year because of the coronavirus pandemic. The company withdrew a potential IPO in July as passengers all but vanished from airlines.

Frontier won’t receive proceeds from the sale of the shares by the selling stockholders. One of them intends to grant the underwriters a 30-day option to buy an additional 4.5 million shares of common stock, the company said, without identifying the seller.