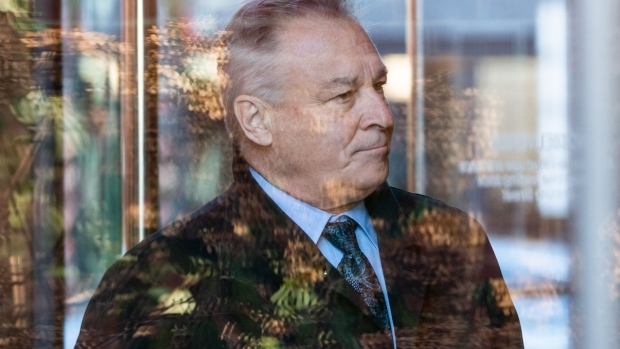 John Ray, chief executive officer of FTX Cryptocurrency Derivatives Exchange, arrives at bankruptcy court in Wilmington, Delaware, US, on Tuesday, Nov. 22, 2022. An FTX Group bankruptcy filing showed that the fallen cryptocurrency exchange and a number of affiliates had a combined cash balance of $1.24 billion. , Bloomberg

(Bloomberg) -- FTX’s new CEO and bankruptcy lawyers met with Manhattan federal prosecutors investigating the cryptocurrency exchange’s collapse and allegations that it misused billions of dollars in customer funds, according to people familiar with the matter.

John J. Ray III, who was appointed FTX’s chief executive officer last month, met this week with the US attorney’s office for the Southern District of New York. Though details of the meeting weren’t immediately available, it suggests potential overlap between the criminal investigation and bankruptcy probe, which has unearthed FTX’s chaotic corporate governance under founder and former CEO Sam Bankman-Fried. Ray’s team has also raised concerns about the commingling of digital assets between FTX and sister trading house Alameda Research.

A spokesman for the US attorney’s office didn’t respond to requests for comment. FTX declined to comment on the meeting.

Bankman-Fried resigned before the exchange’s various units filed for bankruptcy protection on Nov. 11. Ray, a restructuring expert who oversaw the liquidation of Enron Corp., has been vocal in his criticism of the lack of controls at FTX. His team is sifting through the wreckage of the company to salvage cash, assets and cryptocurrency to potentially repay creditors and explain how it was left with $8 billion hole in its balance sheet.

Southern District prosecutors, who have a reputation for spearheading complex financial crime probes, have recently been sending voluntary production requests to crypto firms that traded heavily on FTX. Investigators want to know what FTX Group executives, including Bankman-Fried and Alameda CEO Caroline Ellison, told customers about how their funds would be handled.

The New York Times reported on Wednesday that federal prosecutors are also examining whether Bankman-Fried engaged in market manipulation by orchestrating trades that led to the collapse of TerraUSD (UST) and its affiliated token Luna earlier this year.

Bankman-Fried hasn’t been accused of any crime. In recent media interviews, he has acknowledged managerial missteps at FTX but has claimed he wasn’t aware of any improper use or commingling of customer funds. “I didn’t try to commit fraud on anyone,” he said in an interview during the New York Times DealBook Summit last month.

Bankman-Fried has sought to cast blame on Alameda, which Ellison ran from Hong Kong. In the DealBook interview, he said he was surprised at the scale of margin trading at Alameda, though he added that it “points to another failure of oversight on my part.”

Bankruptcy proceedings can often be a blessing for prosecutors, offering a source of financial records and potential victim accounts that can be time-consuming to gather otherwise. Prosecutions of executives over the collapses of both Enron and WorldCom followed bankruptcy filings.

--With assistance from Gillian Tan.