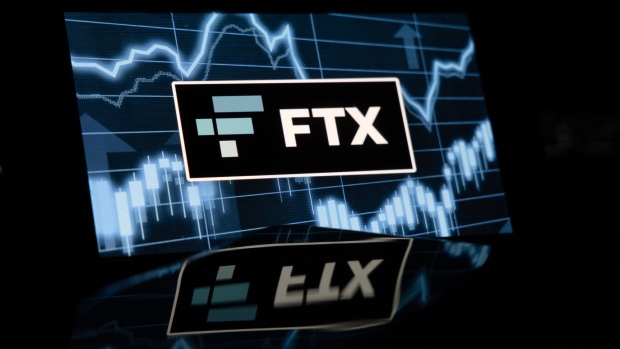 (Bloomberg) -- After Enron filed for bankruptcy twenty-one years ago this week, history is repeating itself.

The irony can’t be lost on anyone that John J. Ray III, the man hired to oversee Enron’s liquidation is doing the same again in 2022 for FTX, the failed cryptocurrency exchange. My working assumption is that it’s time to focus less on the charisma of entrepreneurs and corporate leaders and show more healthy cynicism and criticism if such scandals as Enron, FTX and Theranos Inc. are to be avoided in the future.

Let’s start with charisma. At the time of their downfall, Kenneth Lay of Enron, Sam Bankman-Fried of FTX and Elizabeth Holmes of Theranos— who was recently sentenced to 11 years in prison for fraud— were all celebrities in their own right.

Holmes attracted a range of heavy-hitting investors including the family of former Education Secretary Betsy DeVos, Alice Walton, an heir to the Walmart Inc. fortune, and News Corp. Chairman Rupert Murdoch. Holmes’s pitch that she had discovered a revolutionary way to analyze blood, using a machine with the name “Edison,” relied entirely on what might be called chutzpah. But it worked.

Sam Bankman-Fried’s youth, demeanor and confidence put him alongside Tony Blair and Bill Clinton earlier this year at a crypto conference in the Bahamas.

In an article entitled “Charismatic Leadership and Corporate Cultism at Enron,” published in the  Journal of the International Cultic Studies Association in 2006  authors Dennis Tourish and Naheed Vatcha address “the dark side of charismatic leadership” and note that charismatic leaders surround themselves with a group which operates in a bubble. No critique gets in.

The question of why is certainly interesting because a charismatic leader needs followers. It’s a mix of FOMO — fear of missing out —  and what the marketing psychologist Robert Cialdini calls social proof, or in other words, persuasion through influence. Some investors do appear to be more immune than others: One of Warren Buffet’s legendary aphorisms is that the five most dangerous words in business may be: “Everybody else is doing it.”

Another question is how in this day and age such lack of corporate oversight still happens.

One reason, according to Dambisa Moyo, a board member at Chevron Corp., 3M Co. and Conde Nast International Inc., and author of the book How Boards Work, is that corporate boards haven’t changed sufficiently since their inception in the 1600s and are badly in need up an upgrade. She told the Man Institute podcast “boards have a three-pronged mandate, oversight of the strategy of the companies in which they serve, they are responsible for hiring…and they are also responsible more and more for the oversight of the cultural norms.”  She believes a focus on ethics plays an increasing role in this oversight.

Of course not all CEOs are corrupt, foolish, or playing fast and loose with other people’s money. And not all boards fail to independently scrutinize the decisions from top management.

But too many of them  are packed with good intentions, enablers— people who end up being complicit in the crimes and misdemeanors of their CEOs.

Of FTX, Ray said, “Never in my career have I seen such a complete failure of corporate controls and such a complete absence of trustworthy financial information.” That says a lot coming from the person who unwound the Enron mess. It’s unclear what role boards played at the exchange.

If the cult of charisma were replaced by a culture of critique and criticism, history would look very different. Who might be a good role model? I recommend Empress Maria Theresa, the eighteenth century ruler of the Hapsburg empire, who took over the reigns of power as sovereign at the age of 23 when her father died suddenly. A big job if ever there was one. She faced constant battles and undermining incursions on her leadership, not least from Frederick the Great.

According to historian Nancy Goldstone in her book In the Shadow of the Empress, “the Queen of Hungary and Bohemia surprised everyone by appointing an official whose sole task consisted of critiquing her behavior and job performance with brutal honesty.”  The man given this job, a Portuguese nobleman twice her age, Count Emanuel da Silva-Tarouca, had no need to be nervous. Both flourished under the arrangement.

At a time when the C-suite of the future is in flux, with new roles like chief people officers, chief sustainability officers and even metaverse heads, let’s take a lesson from Maria Theresa.  Add “chief critical officers” or the like with a mandate to cut through the charisma and avoid the next governance disaster.

Julia Hobsbawm  is a columnist for Bloomberg Work Shift and a speaker, broadcaster and consultant on  The Nowhere Office  email: jhobsbawm@bloomberg.net