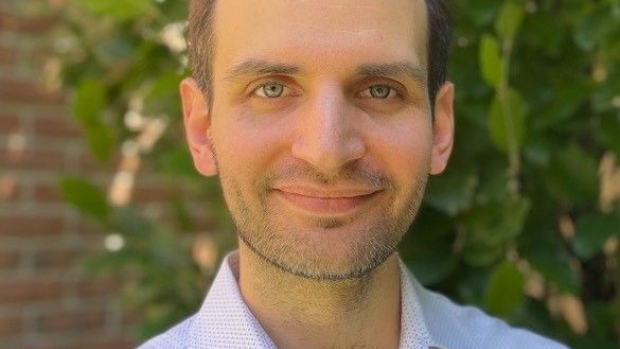 Sam Bankman-Fried, co-founder and chief executive officer of FTX, in Hong Kong, China, on Tuesday, May 11, 2021. FTX, the digital-assets trading platform launched two years ago by Bankman-Fried, said it handled enough volume last month to make it one of the largest crypto exchanges. , Bloomberg

(Bloomberg) -- It’s been a busy few weeks for the cryptocurrency industry: U.S. regulators flexed their might. One of the most-hyped blockchains broke, kind of. And an insider trading scandal emerged in non-fungible tokens.

Bloomberg News spoke with Sam Bankman-Fried, chief executive officer of FTX, and Brett Harrison, president of FTX.US, about the state of the cryptocurrency market. FTX.US is the U.S. affiliate of FTX, one of the world’s fastest-growing crypto exchanges. What follows is an edited and condensed version of the interview, which took place on Sept. 17:

Harrison says he’s noticed that the U.S. Securities and Exchange Commission has become much more vocal in recent weeks about trying to initiate more regulation over crypto exchanges. The more public pushback there is for the regulator, the more aggressive that becomes, he said. “Because a lot of the public disputes we’ve been seeing, I think this is getting even nosier.”

It’s also clear that agencies -- like the SEC and the Commodity Futures Trading Commission -- are gearing up to create more comprehensive frameworks around crypto exchanges. “And it’s a long-time coming and it’s completely necessary -- and we’re very much for it,” he said. That’s because it would be a lot easier to operate in an environment where sensible ground rules are laid out that allow for innovation.

Regulators have keyed in on lending products, such as one Coinbase Global Inc. was looking to launch that would allow its users to earn 4% by lending their stablecoins to the exchange. When Bloomberg News asked Bankman-Fried what a greater crackdown on lending products might mean for crypto firms, he said: “If done properly these programs can be great for consumers, if done properly, they can give consumers way higher returns on their assets,” than they might get elsewhere. That could be appealing for sophisticated investors looking for higher returns on their capital. Still, it’s important to do it within existing regulatory frameworks or to build out new frameworks for them, he said.

“Where, I think, you can run afoul there is if the particular implementation that you have for some sort of earned-type product falls under existing product categories that are regulated and that require various registration and licensing,” said Bankman-Fried, citing fixed-income products as an example.

Harrison said there are a lot of DeFi lending pools and that it can be difficult to choose between them. “If all of the exchanges that have worked hard to create well-engineered lending programs are forced to go away, I think probably we won’t see the lending markets disappear -- I think we’ll just see them move somewhere else,” he said. “The devil is in the details here and not all of these pools are the same. Many of them are quite safe and transparent -- it’s just that there’s a lot out there and we want to make sure that they’re more carefully controlled. I agree in general that there should be a framework around them.”

The crackdown could soon extend to stablecoins -- cryptocurrencies that seek to maintain a fixed exchange-rate with a fiat currency by holding reserves. The Treasury Department and other federal agencies are nearing a decision on whether to launch an examination by the Financial Stability Oversight Council, Bloomberg News reported.

It would be “sad” to see the U.S. outright ban stablecoins given how useful they are, Bankman-Fried said. Transferring money and funding trading accounts is made much more efficient by using stablecoins, he said.

“They add a lot of value to the system and they make it easier to interact with everything, frankly, including with FTX,” Bankman-Fried said. “And I think that’s great and I think it would be sad to lose that. You know, the show would go on -- you could still use the product, it just would be a less efficient one. And I think that if there’s a regulatory crackdown that stablecoins ceased to exist, but there’s other sorts of regulatory interventions which I think would be healthy.”

Stablecoins have ballooned in size alongside the crypto market. More than $126 billion in stablecoins are now in circulation, according to CoinMarketCap.com.

“If there’s another middle ground here where stablecoins are allowed to exists but the government says, ‘It has to come from us, it needs to be a central-bank digital currency, it can’t be some private company creating these vehicles,’ I think that also wouldn’t be the end of the world,” Harrison said. “But it would be sad because I think that the private innovation in stablecoins has been astounding and they’re growing extremely fast for a reason.”

Solana, a network underpinning one of this year’s fastest-rising cryptocurrencies, experienced a problem validating transactions earlier in the week, though it was later able to restart it. The issue had stemmed from “resource exhaustion” in the network. In other words, bots vying to buy various coins flooded the network with transactions. The incident made waves because the network didn’t process transactions for 17 hours on Tuesday.

“What this is really focused on is as you try to massively scale up a blockchain, eventually you test its current limits,” said Bankman-Fried. The reboot was triggered by roughly 400,000 transactions per second trying to be submitted on the blockchain, which is 10 times as many as any public blockchain in the world can support right now, he said. “If it were to happen again today, it would be fine. I think that that has been patched. It’s always sad when these happen, it’s always frustrating -- but I don’t think that it’s particularly a security thing.”

He continued: “I also think part of progress is testing the limits and seeing what happens and improving. If you never do that, the industry might never get to a place where it’s able to scale to support large protocols.”

Amid a boom in interest for non-fungible tokens -- which are known as NFTs and allow holders of art and collectibles to track ownership -- FTX and FTX.US are looking to become a bigger presence in the space. “We’re definitely building our own OpenSea competitor, our own NFT platform,” Harrison said, referring to the largest marketplace for such tokens. The company is in a good spot to do so given the infrastructure it’s already built out. “I think we’re very close on it,” he said, adding that it’s about a month out from becoming available.

FTX and its U.S. arm currently offer its users the ability to mint and list NFTs but would like to start allowing them to bring in projects they minted through other platforms. The exchange, with its robust framework, is set up for an easy expansion, Harrison said.

“Our exchange can handle more than just NFTs,” he said. “When you think about maybe the scale of NFTs, however many transactions per second, however much volume per day on our exchange and, again, lends itself to making sure that we can build an NFT exchange that can scale to the number of bids, the number of auctions that are going to eventually occur on all these exchanges, I think it means that we’re well-positioned to make a very solid competitor to OpenSea.”