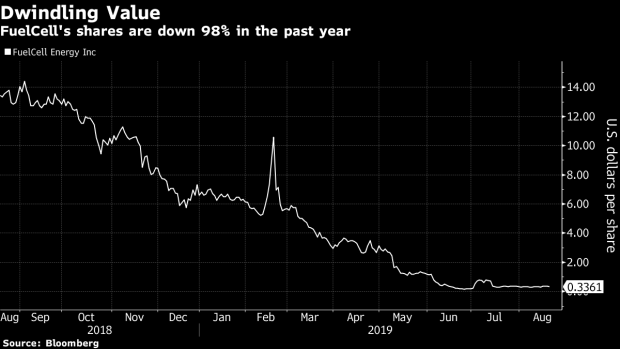 Jason Few, a FuelCell board member, will take over the Danbury, Connecticut-based company on Aug. 26, according to a statement Tuesday. “In his past experience as a president and CEO, Few has developed strategic plans to capture growth” and led “a billion-dollar turnaround,” the company said. Fuel Cell fired its previous CEO in June.