McNamee: 'No way to work around China' and tech sector doesn't have a Plan B

After months of predicting a trade deal between the world’s two largest economies, economists at some of the biggest financial institutions are growing increasingly pessimistic.

Goldman Sachs Group Inc., Nomura Holdings Inc. and JPMorgan Chase and Co. are among those that have rewritten their forecasts as U.S. President Donald Trump threatens to impose a 25 per cent tariffs on around US$300 billion of additional Chinese imports.

Analysts at Nomura have made that hike in duties -- which would mean practically all Chinese exports to the U.S. are hit by tariff hikes -- their baseline forecast. They see it as a 65 per cent probability before year-end, and most likely to come in the third quarter.

“The U.S.-China relationship has moved further off track over the past two weeks after a period of what appeared, on the surface, to be steady progress towards reaching an admittedly narrow agreement,” Nomura economists wrote in a note. “We do not think the two sides will be able to get back to where they seemed to be in late April.” 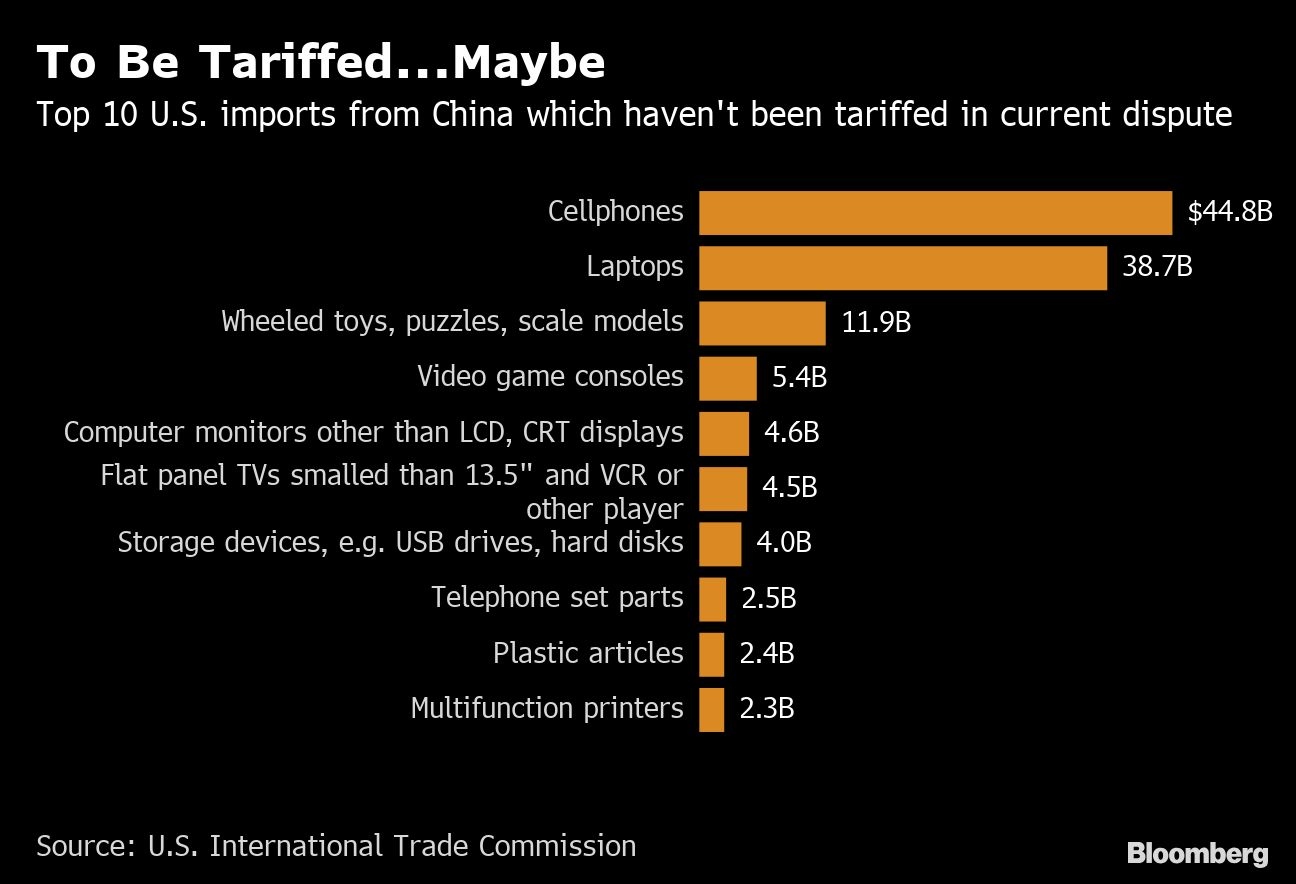 Goldman Sachs economists warned that without signs of progress over coming weeks, implementation of those further tariffs could easily become their base case. “While we still think an agreement is more likely than not, it has become a close call,” they wrote.

Those duties would have a material hit to inflation and lift the core PCE price measure in the U.S. by 0.6 percentage point, on top of the 0.2 percentage point already felt from tariff hikes. It would also, combined with limited Chinese retaliation, hit U.S. GDP by 0.5 per cent and Chinese GDP by 0.8 per cent over a three-year period, Goldman’s team estimated.

Direct trade effects of the new tariffs would be positive for the U.S. but negative for China, Goldman said. The U.S. will be hurt more by the hit to real incomes from faster inflation, and tighter financial conditions, they calculated.

JPMorgan analysts on May 17 said their new baseline is for the status quo -- that is, all the rounds of tariff hikes to date from the two countries -- staying in place well into 2020.

“We also take seriously the alternative, more severe scenario of moving into a full-blown tariff war, i.e. 25 per cen U.S. tariffs on the remaining US$300 billion Chinese imports in the second half of 2019,” the JPMorgan team wrote.

Such a move would see the yuan slide through 7 per dollar, JPMorgan chief China economist Zhu Haibin said on a conference call on the new projections earlier this week.